cyberpunk 2077 tells a story of action and adventure in an open world that takes place in Night City. You will play as V, a mercenary behind an implant that carries the secret of immortality, and you will even be able to customize the character's cybernetic devices, abilities and play style. We have selected 10 fun facts about the game that you will like.

1. Your choices will define your path in Cyberpunk 2077 from the start

All of your decisions have a consequence. Small details in the creation of your character define what your city or starting point will be.

There are three choices of life paths that can be taken:

Below is a video released by himself Cyberpunk 2077 channel on Youtube:

In a power-obsessed city, who are you? Choose well, because this choice will define the routes of your story.

2. Keanu Reeves is a character in Cyberpunk 2077

That's right, Keanu Reeves, who is known for acting in Matrix and John Wick, plays Johnny Silverhand and will be a kind of guide for V during the game.

You can check out a quick trailer to see the character:

For those who are fans of the Cyberpunk 2020 tabletop RPG, Johnny is already a well-known character, for being a marine deserter from a war and who has a chrome prosthesis on his left arm.

Taking advantage of the fact that we're talking about RPG, let's go to our third curiosity.

Created to be played as a Table RPG, the universe of Cyberpunk has existed for over 30 years. Written by Mike Pondsmith and was released by R. Talsorian Games in 1988.

This is one of the company's most successful games and characters like Johnny, Night City, already existed within this universe.

You can go almost anywhere in Cyberpunk 2077.

There are six districts and players will be able to explore all around the city. The map contains several Cyberpunk 2020 regions and environments.

5. First person view of the game

CD Projekt Red, seeking to improve the gaming experience for multiplatforms, chose to develop the game in first person, implementing systems to combat and move characters to change the perspective of the camera.

6. The requirements for playing Cyberpunk 2077 on PC are relatively modest

The game requires at least an intermediate CPU, such as an Intel Core i5, with a GeForce GTX 780 video card, 8 GB RAM and an internal memory of at least 150 GB (an SSD is also recommended). PC players will be very happy.

NPCs (characters that are part of the game's story or scenario) greatly influence the player's experience within the game.

And to bring more reality to the games, CD Projekt Red created several daily routines for NPCs, that is, they will not just walk back and forth lost or stopped and lifeless.

8. Lots of freedom in creating your character in Cyberpunk 2077

During the creation of your character, in addition to defining the color of the eyes, the shape of the nose, among other common and well-known things in RPGs, you can also change the size of your wiring on your body, beard, scars, tattoos, glitters, clothes, makeup, piercings and even special features such as the attributes of intelligence, reflexes and techniques.

It's great to be able to have so much freedom, not only playing, but also in creating our characters. All of this makes immersion in the games much greater every day. Certainly Cyberpunk 2077 is a game full of possibilities.

Check out more about Cyberpunk 2077.

Share
MMO Magic Legends is the new game inspired by the TCG of Magic: The Gathering previous post
Disgusted users ask for refund of Cyberpunk 2077 after flawed path Next post 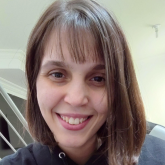 Passionate about programming, games and technology.

Level Design: 7 great ways to use it