This Call Of Duty: Modern Warfare / Warzone guide to learn a little about the game's pistol options!

Semi-automatic pistol 9mm well rounded. This firearm stands out for close-range combat and features exclusive gunsmithing features for the pistol class that allow for a variety of combat strategies.

The Renetti is an extremely customizable pistol, allowing you to adjust the weapon to behave the way you want. This versatility makes it a great side when you're fighting multiple enemies.

The .50GS is one of, if not, the most powerful weapon in the game. It has a great impact, but it has a slow firing speed. Make sure to increase the weapon's accuracy and practice the goal of getting the most out of this weapon. The most powerful semi-automatic weapon available, deals heavy damage up to intermediate distances.

Double-action revolver firing .357 Magnum ammunition for powerful long-range damage. It is an average general weapon, with decent damage and rate of fire. However, its true potential is revealed by the addition of the accessories Snake Shot and Akimbo. This turns the seemingly normal pistol into a pocket rifle! The .357 has excellent mobility, allowing you to pass through obstacles and easily get out of the enemy's line of fire.

Semi-automatic pistol with .45 ACP ammunition chamber. A reliable drop when you are indoors. The X16 is the first side weapon you will unlock. Despite being available from the beginning, it is a great pistol to have in your loadout. Your well-balanced statistics ensure that you get the job done during the shootings.

So what do you think of these pistols? Comment on your favorite in-game! 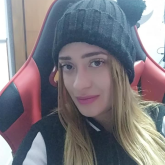