How to play CoD Mobile on PC? See the best emulators

How to play CoD Mobile on PC? the game of Activision first person shooter Call of Duty it's a world fever. O FPS The world's most popular and profitable market has been running for many years, whether for Xbox, PlayStation and PC. However, in recent years, the game has had its mobile version available free of charge for Android e iOS. The mobile version has its own game, which adds features from the universes of Black Ops, Modern Warfare and others.

Despite being a mobile game, it is also possible to play the game through a PC emulator. And, playing via PC has its perks such as a graphical upgrade that is adaptable to your machine. The emulator in question is GameLoop, the emulator considered official for being owned by Tecent Games, ideal for playing games like PUBG Mobile, Free Fire, Arena Valor, Among Us and others.

However, if you are interested in another one, you can do it with BlueStacks, which is also an excellent option.

Can't hear the footsteps of CoD Mobile enemies? Is communication with your squad bad? It's time to invest in a better headset! And, to help you, I present you these good and cheap headset options to evolve your gameplay! 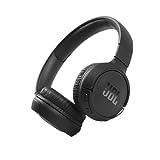 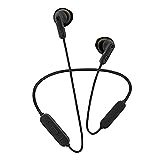 How to play CoD Mobile on PC through Gameloop?

Step 2: After installing, the program will open and automatically start downloading CoD Mobile. .

Step 4: Log into your Call of Duty Mobile account. If you don't have one, you can play as a guest, but ideally, you can create one so you can customize your items.

Step 5: Ready! You will be able to experience Call of Duty Mobile on your PC without any difficulties.

How to play CoD Mobile on BlueStacks

Step 2. After downloading, open the file, accept the license and install the program;

Step 3. After installing you will have to open the emulator. On the home page, click on the Google Play Store logo. After that, the store will open.

Step 4. Go to the search bar and type “Call of Duty Mobile”;

Step 6. After installing Call of Duty Mobile, a game icon appears on the BlueStacks home. To start playing, click on the game;

Step 7. After the update, Call of Duty Mobile will ask you to register, which can be done by email or via Facebook. After that, just start playing and be happy playing on your PC.

Activision claims that none emulador "not official” is allowed to play Call of Duty Mobile, but the same practice is authorized by the GameLoop app. 7

How to get CPs?

iOS
Call of Duty: Mobile supports iOS devices with at least 2GB of RAM and version 9.0 or higher.

If app crashes, what should I do?

1. Restart your device
Press and hold the on/off button for a few seconds.
Touch Hang up ou Restart on your screen. If these options are not available, press and hold the power button until your device restarts.
2. Update the app
Open the app from Play Store on your device.
Touch ☰ at the top of your screen and select My apps and games.
find the app Call of Duty: Mobile and tap Update, if available.
3. Update your device
Open the settings your device.
Depending on your device, select system update ou Software update.
Check the status of your update and install available system updates.
4. Clear application cache
Open the settings your device.
Go to your apps (depending on your device, it might be in Apps, Apps and notifications, app management ou manage apps).
Touch Call of Duty: Mobile.
Touch Storage.
Touch Clear cache.

Problems connecting to the game?

Android
Press and hold the on/off button for a few seconds.
Touch Hang up ou Restart on your screen. If these options are not available, press and hold the power button until your device restarts.

How do CoD mobile championships work?

For each Regional Elimination, teams will compete in a double elimination bracket. The teams that win their match will advance to the next round of the Winners Key. Teams that lose a match will be sent to the Elimination Key.

How much is the Battle Pass?

you can buy the pass standard battle for 220 CP here. Alternatively, you can also get the pass of battle for 520 CP.

More about Call of Duty: Mobile

Call of Duty: Mobile is a free-to-play first-person shooter electronic game developed by Tencent Games and published by Activision for Android and iOS. It was released on October 1, 2019. It has two in-game coins, plus a battle pass. The game received over 20 million downloads within a day of its release, earning over $2 million in revenue.

Within 2 months of release, the game had already been downloaded 170 million times, and generated revenue of 86 million dollars. The United States is the country where the popularity of Call of Duty: Mobile is highest, as the game has been installed 28,5 million times. India comes next with 17,5 million installations and Brazil is third on the list with 12 million installations. In a popular vote by Google Play Store users, Call of Duty: Mobile was voted Game of the Year 2019. Via: Wikipedia

How to use split screen in Windows 10 previous post
Warzone: Learn how to redeem exclusive skin by Prime Gaming Next post Educational Drawings: 20 Best Drawings for Kids to Learn and Have Fun