Singleplayer, multiplayer, sandbox, monster duel. Whatever you want to play, there's an NFT game for all styles

Already know what are the best NFT games for 2022? NFTs, or Play-to-Earn, games are one of the biggest things in the cryptocurrency world today. Many people believe they are the next big thing in the cryptocurrency industry. This is where most people are investing their money, and 2022 will be a big year for NFT gaming and cryptography in general (and some big publishers are excited about the possibilities and others not so much).

The original Play-to-Earn game craze started with Axie Infinity in mid-2021. People started earning $50 or more a day, thanks to the huge increase in popularity of the game. These days, Axie has slowed down a bit, but the NFT gaming craze has just started. NFTs or Non-Fungible Tokens in games are generally in-game items that you can trade in a market or use in-game. Once you buy an NFT, you have full ownership of it and can essentially do whatever you want with it.

The value of an NFT increases the rarer and better its quality. Some people make hundreds if not thousands of dollars every month simply trading NFTs. Luckily for you, the NFT gaming industry is still growing and there is still plenty of room to increase your investment. Today, there are 12 lists of the best NFT games for 2022.

Let's start the list with the main game that started it all. Axie Infinity is still pretty stable and it's still the best NFT game on the market. Its popularity has inspired many alternatives that offer similar gaming experiences and opportunities to earn money. If you're looking for a solid and stable NFT game to invest in, Axie Infinity is definitely the best there is.

It has a game style similar to a Pokémon, where you use different Axies to fight other Axies. You can then earn some Smooth Love Poions, or SLP, by fighting and completing daily tasks. The SLP you make can be sold through third-party applications, such as Binance, for your profit.

The Sandbox Game is another amazing game that rose in popularity in November 2021. The game itself has been around since 2012, but the Sandbox NFT game only gained traction when the Metaverse started to gain some hype.

It is currently in its alpha testing phase, but it already has a large NFT market where you can buy or sell different NFTs. The Sandbox Game also allows you to gain pieces of EARTH that you can rule, create, play and experience. Sandbox Game is one of the best games in the Metaverse in the market now and is a relatively safe long-term investment.

As the excitement of Metaverse began to grow, people started looking for new NFT projects that could grow along with it. This is where Decentraland comes in. Like The Sandbox Game, Decentraland saw a rapid rise in popularity as the Metaverse advertising campaign reached mainstream media.

It has a fully digital world where you can create your own avatar, play different games, build, explore and create. It's similar to the way the Fortnite Islands work, where you can join different worlds and explore them. Decentraland is a free to play game. All you need is a digital wallet and a good web browser.

Star Atlas is a great multiplayer game really awesome, with amazing graphics for NFT game. The graphics used in this game are from Unity Engine 5, which adds special effects in this game. Players in Star Atlas can trade and obtain NFTs. Additionally, players can build their cities, create in-game microeconomies, and create Autonomous Decentralized Organizations (DAO) to govern regions.

we talk all about him this article and you can learn more about this promising universe of NFTs that will come soon.

Embersword is an RPG game where you can trade, buy and sell skins. You can earn some valuable skins while playing, and then earn money by selling these skins to other players. So join this game to get some cool skins. This game is 100% safe, no payment is required to win anything here. Everything you get in this game depends on your hard work in the game.

Another NFT game based on monsters. It's an open world roleplaying game that features unique creatures called Illuvials. You can capture, merge, upgrade and use your Illuvials to fight your opponents. It's one of the riskiest NFT games on this list, but you can get a high reward if you live up to expectations.

They plan to add over 100 different Illuvials that will roam the vast alien world. At this point, there's not much you can do as the game hasn't been released yet. But it's one of the nicest NFT games out there and shows a lot of potential for growth. Want to know more about the game? Look our article on Illuvium in the website.

Next on our list is a game to win that is arguably the most visually stunning NFT game of the year 2021. MIR4 is the first MMORPG NFT game with truly current-gen graphics that can rival some AAA games from high quality.

In terms of graphics, the visuals of MIR4 can be compared to games with Black Desert by Pearl Abyss. MIR4 has good character customization where players can customize the look of their characters based on their preferences.

Although Black Desert has more character customization, MIR4 character customization is still impressive for an NFT game compared to some NFT play-to-earn games, which are generally of the 2D cartoon type game. The MIR4 developers are really committed to making the game last with its beautiful graphics and amazing gameplay like you can see in some high quality MMORPG games.

Gala Games is a unique platform where you can find a collection of different games. It is partly created and operated by players, which means they better understand the wants and needs of the player base.

Currently, there are nine different games that feature NFTs. Some of the most popular are The Walking Dead: Empires, Town Star, Spider Tanks and Echoes of Empire. There are different game genres like MMORPG, RPG, simulation, survival FPS, strategy and tower defense, among many others. The best thing about Gala Games is that there are a few different games for you to play and enjoy. You're not just investing in a single game, you're investing in multiple games.

A blockchain-based car racing game developed by Animoca Brands. It features a blockchain-based play-to-gain model and is the newest racing game from REVV Motorsport Metaverse. Users can connect to the game via Dappradar, but you must buy a car to start playing. According to the official website of REVV Racing:

"In REVV Racing, cars are non-fungible tokens (NFTs) and all game sessions are logged in the blockchain – but the game looks and works like the 3D car racing games you've played on your console or PC.” 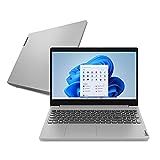 For the final game on our list, we've decided to include Thetan Arena. Thetan Arena has recently grown in popularity as it is one of the first MOBA-style NFT play-to-earn games available on the market. It's also available on a wide variety of devices such as Android, iOS and PC, making it accessible to almost everyone.

Thetan Arena features fun and addictive gameplay combined with regular updates, attractive rewards and different game modes. Thetan Arena is free to play, but you can also buy NFT “Heroes” on the market starting at around $57,00. Want to know more about Thetan Arena? See about the game on Our site.

If you're looking for a free NFT game, you should definitely check out Mobox. It's an entire NFT ecosystem that expands every day. It is built on Binance Smart Chain and is called MOMOverse.

Mobox is a collection of different blockchain games connected via a central hub within MOMOverse. It also includes a fully decentralized NFT marketplace, perfect for selling or buying any NFT you get from Mobox. Mobox is a great project / NFT platform that is worth exploring if you are looking for a relatively safe long-term bet.

It is essentially a game company focused on developing new NFT games. The entire Vulcan ecosystem comprises some pretty amazing and fun games where you can easily earn some extra cash. They also have a new open world MMORPG called VulcanVerse. It includes NFTs, quests, adventures, battles and of course winning the PYR. Most Vulcan Forged games are played to win and are good low risk investments. If you're looking for a variety of different NFT games to play, I would definitely recommend trying out some of the Vulcan Forged games.

Now, leave it in the comments: Which of these games do you intend to invest this year? Already play one? Do you want to start with something else that is not on the list? Contact us and take the opportunity to read more about criptomoedas on our website.

Brazilian Roulette: audience wins national version of one of the classic casino games The best Bitcoin exchanges of 2022 TN panel vs IPS vs VA: which is better? Learn all about these 3 types of panels and their advantages Nerd Pride Week: Hype Games are up to 90% off