Xbox Series X vs Xbox Series S: Requirements and where to buy cheaper

Xbox Series X vs Xbox Series S Specifications: If you're a video game fan and you're still using a console from the past generation, you've probably wondered which console to buy to jump right into the current generation and enjoy the best games of the moment on a new level of technology. The new consoles from Microsoft Xbox Series S and Xbox Series X proved to be a very viable option mainly because they are two versions that will certainly meet the needs, one of them being a cheaper and more accessible version than the more powerful version.

But despite the prices, the consoles are very similar and so it opens up a question of which to choose between Xbox Series X and Xbox Series S. That's why we made this article, to help you choose which option is most suitable for you. We bring in this text all the necessary information, such as price, specifications, performance and much more! Stay tuned, buckle up and have a great read!

Do you want to have access to the best games of today, paying only a fixed amount of R$ 69,00 to have THREE months of benefits? This is only possible on the Xbox Game Pass, the biggest and best game library in the world for very symbolic value. Buy now and be the happiest gamer in the world! 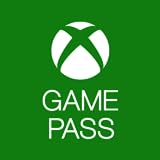 The two consoles may have somewhat similar specs, but when it comes to design, they're extremely different, that's for sure you've already noticed. While the Series X has a sturdier look and a bigger frame, its Series S sibling is much smaller. Depending on where you place your console, this point might be something to think about!

The Series X is a relatively large console, it is difficult to fit into smaller bookshelves or racks. Its look is very beautiful and can be used both vertically and horizontally, but its charm is certainly standing up.

The Series S is much smaller and also the smallest console in the history of Microsoft, in white color. This console looks good anywhere due to its more compact size, and like Series X, it can also be used vertically or horizontally, but mostly recommended horizontally.

If that matters to you, keep in mind that, to be more discreet, the Xbox Series S is the recommended option, but it varies depending on your game room decor.

Specifications of the two

As I said in the introduction to the text, the two consoles are very similar, but obviously there are differences between them that you should be aware of. The main one is that the Series X can run games in a 4K resolution in a fully native way, while its brother Series S, doesn't go beyond 1440p in its games.

Storage is another point where the Xbox Series X outshines the Series S, while the more powerful version has 1TB of memory, its brother has just 512GB. If you play Call of Duty: Warzone you should be aware of one thing: If you buy the Xbox Series S, you will have problems installing other games, especially if you have Black Ops Cold War and/or Modern Warfare installed as well. If you always like to play a variety of games, the ideal is to go after an Xbox Series X.

Below, you can check the specifications of each one of them, so you can see which one best suits your needs. Check out:

Values ​​and where to buy cheaper

The values ​​of these consoles from Microsoft are not cheap, but still cost a little less than a PlayStation 5, something around R$ 6.300,00. The most powerful version, Xbox Series X is always selling out very fast in stores, but the giant Amazon is always advertising the console for the lowest value on the market and with a super fast and affordable shipping. If you're thinking about getting an Xbox Series X, then Amazon is the place to go. Check out: 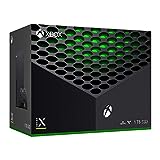 When we talk about Xbox Series S, the value is already much lower than that of its brother, practically half, something around R$ 2.699,00. Despite the value, the console delivers everything you need for a price considered affordable. And the best place to get your Xbox Series S at below market price and fast delivery can only be Amazon! Don't waste your time and go ask for yours!

O Xbox is a home video game console and the first title in the Xbox series of video game consoles manufactured by Microsoft. It was released on November 15, 2001 in North America, followed by Japan on February 22, 2002, Australia and Europe on March 14, 2002. It was Microsoft's first foray into the console market. It competed with Sony's PlayStation 2, Nintendo's GameCube and Sega's Dreamcast. Microsoft was the third US company to design and manufacture a console after Atari and the 3DO Company. Atari ceased production of the Jaguar in 1996 and stopped manufacturing consoles.

Announced in 2000, the Xbox has more powerful hardware compared to its rivals, as it uses a modified 733 MHz Intel Pentium III processor and an Nvidia NV2A graphics card clocked at 233 MHz. having PC components, it was the first console to have a built-in hard drive. In November 2002, Microsoft launched Xbox Live, an online gaming service that allowed subscribers to download new content and connect with other gamers over a broadband connection.

Unlike Sega and Sony's online services, Xbox Live was supported in the console's original design via an integrated Ethernet port. The service gave Microsoft a head start in online gaming and would help Xbox become a relevant competitor to other sixth-generation consoles. The popularity of commercially appealing titles such as Halo 2 has contributed to the popularity of online games and, in particular, first person shooters. Despite this, and being in second position, ahead of the GameCube and Sega's Dreamcast, Xbox sales were always behind the PlayStation 2. Via: Wikipedia Guide to the Best Gamers Monitors of 2022