Minecraft Pocket Edition was a huge success for years, distributed free of charge by Mojang Studio before being acquired by Microsoft.

Summary of what you'll find here:

Minecraft Pocket Edition in abbreviation Minecraft PE was a free version of Minecraft focused on mobile released by Mojang Studio in 2011.

Launched on August 16, 2011 exclusively for Xperia play on the google store, it was released for other Android devices on November 17, 2011 and later for IOS on September 13, 2011.

Minecraft pocket Edition was a tremendous success, in December 2013 there were already more than 16.5 million downloads, compared to its Java counterpart that had sold 13 million copies.

By 2016 it had already become the most popular version of Minecraft, with over 40 million players.

The initial purpose of Minecraft Pocket Edition remains the same as the Java and console versions, its counterpart editions.

Where players can build their virtual realities in a SandBox-style environment, eventually becoming the most popular version.

(SandBox, Sandbox, is a term used to compare to a literal box with sand, where children play and you can build anything you want with sand)

This means that Minecraft Pocket Edition only had the creative mode only at the beginning of the game and some updates were needed before it became complete.

Over time, Minecraft Pocket Edition followed in the footsteps of its Java counterpart offering the complete adventure and its final Boss the Dragon Ender.

Despite the name of Pocket Edition, a buyable version was launched at the Amazon store, and could also be installed on Windows.

The HUD and other elements were adapted for a mobile platform, with some adaptations such as an automatic jump and a rowing boat that would later be added to other summers.

However, not everything was positive in the mobile version, as an example the crafting system (construction) had to be revised, because with a touchscreen it was necessary to hold the icons for some time to discard items.

But the highlight was the ease of network access, allowing up to 5 people to play together on a local network.

What does BedRock Edition mean for Minecraft Pocket Edition? Bedrock refers to a multiplatform edition of Minecraft editions.

After all, Minecraft was developed by Microsoft, Mojang Studios, 4J Studios and SkyBox Labs.

The multiplayer now allows 4 types of connections with the player.

Now, BedRock Edition editions carry only the name Minecraft, without subtitles, with its latest version 1.2.0 with the Better Together update.

As we have seen, Minecraft Pocket Edition is part of a larger universe so to speak, its original counterpart, Minecraft Java Edition is the version for computers in the series.

Minecraft is a survival game with a world automatically generated by AI, when you create the world, this means that each world is completely original and unique.

Minecraft Java Edition also has the same objective, to survive and defeat the ancient dragon, however, with the possibility of free creation in the mode Creative, it's easy to get distracted or even just use the game for spontaneous creation.

The difference between the editions was mainly in the price of each version, the Bedrock editions had the prices:

After seeing these prices you may be asking yourself “So where's the Free version?”

Unfortunately, the free version of Minecraft Pocket Edition has been discontinued, for the implementation of Better Together, but we will get there.

To explain the vague memory of a free Minecraft, after all the Minecraft Pocket Edition version was until September 20, 2017.

However, it was only the name and the price that were changed, the Bedrock Edition updates are still part of the game, currently in version 1.16.

Better Together is the update that caused the end of Minecraft pocket Edition, implementing cross-play, this means that all versions of BedRock have been merged into one.

Therefore, the game is now fully supported across platforms, with a curiosity that the ps4 version was the last to be added to cross-play, leaving the "Sonistas" out at the beginning.

In summary the game has been reduced to a single main with the name of Minecraft, which makes it easy to download, you just need to find Minecraft on your platform, regardless of whether it is a mobile console or Windows.

Minecraft currently has other versions that are dedicated to different goals, namely:

Did you feel interested in any of the versions? You can purchase them directly from the Minecraft.

Can I still get Minecraft Pocket Edition?

Yes and no, as the version has been discontinued, there is no support from the creators which makes it very difficult to find a safe download version.

This does not mean that there is no longer the Minecraft Pocket Edition version, as everything on the internet becomes eternal, it is still possible to find the version of the game in its pre-update “Better Together”.

However, it is necessary to reinforce that now they are unofficial servers, placing them subject to the mercy of their host.

If you plan to use the old but free version, make sure you have someone you trust.

Taking into account what was mentioned above, Minecraft Pocket Edition can still be a great form of fun, being only for free local game.

As mentioned briefly, Minecraft Pocket Edition has some bad sides, again, just in case you are using the mobile version, the computer version has been adapted to be closer to the Java Edition.

If you are looking for the mobile version, in specific IOS it can be a little difficult to find, as it is an unofficial version it will not be in the store.

In the case of Android, on the other hand, it is a little more free, you will have no trouble finding a downloadable version on the internet that you can access by cell phone

So how to find a satisfactory version and friends to play

Our old friend Discord, you can even access the Minecraft official discord.

You can also search on social networks for groups of Minecraft, contrary to what is believed Minecraft Pocket Edition as well as the regular Minecraft has a fan base animated and not very toxic.

Of course every fan base has its good and bad side, Minecraft Pocket Edition is no exception, look for a group afterwards for people you like and then ask them to play together, you will have more good experiences than bad ones.

Minecraft Pocket Edition is focused on local player co-op, or local multiplayer if you prefer, has the ability to create a completely safe environment and free from outside interference.

Which is great if you live close to whoever wants to play, being able to get together and play on your phone or computer with the same version installed.

But then is it impossible to play with those who live far away? no! just because the game was not made to play online does not mean that you cannot play online with a long distance friend.

But then how do we do it, simple, you use software to simulate the local connection in an online connection, or even, you create a local access door so that it can be accessed remotely.

A great software to do this is Hamachi, or more precisely LogMeIn Hamachi, in short, is an application to manage a virtual private network between computers.

Useful for games, transferring files, etc. Now, these possibilities only exist on a server between computers.

Explore your own world, survive the night and create everything you can imagine!

Check it out too.

Minecraft Online: How to Play With Your Friends in Just 3 Steps.

Best Minecraft Textures: Check out 5 of them!

How to install Minecraft on PC for Windows and MAC 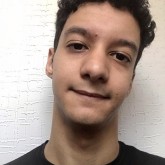 Enthusiastic student of games, with hobby of reading and hobby of writing. She loves doing research and taking care of the documentation.

What is the order of Star Wars?

Windows 11: everything you need to know

How to Make Money in Cyberpunk 2077

What are the best Pokemon games?