AMD keeps getting it right; leak information about the new AMD Ryzen 5700G

Launched on November 5, 2020, the AMD Ryzen 5000 series of processors has graced us with its presence for some time now. Its mid-range and high-end CPUs, in fact, are already powering popular PCs like the Alienware R10 Ryzen Edition and gaming laptops like the ASUS ROG Zephyrus Duo SE, as there is a huge focus for this newly launched line of processors in games.

With AMD Ryzen 5000 CPUs, AMD finally dethroned Intel when it comes to raw gaming performance. The new CPU line is led by the AMD Ryzen 9 5950X, a high-end chip with 16 cores and 32 threads, with an incredible clock speed of 4,9 GHz. This is already a huge generation leap compared to the Ryzen 9 3950X , before you consider the increase in CPI performance (per clock), thanks to the huge redesign of Zen 3.

At CES 2021, AMD also launched the mobile editions of the Ryzen 5000 series, promising big things, like longer battery life and “the only 86-core x8 CPU for ultra-thin laptops”. This is not everything. AMD most recently unveiled its first Ryzen 5000 series APUs with integrated graphics, at a time when all manufacturers are struggling to replenish GPU stock. Although people who want assemble a PC have to wait, as they will only be available for pre-built systems initially.

Now that all the processors have hit the streets and we are in the process of running them in our tests and homes, we can share everything you need to know if you want to upgrade to the new top of the line AMD. Stock remains scarce, so also check the availability of the AMD Ryzen 7 5800X and where to buy the AMD Ryzen 9 5900X, if you can't find any stock and are having trouble taking one of these home.

AMD Ryzen 5000 series processors hit the streets on November 5, 2020, starting with the AMD Ryzen 9 5950X and Ryzen 9 5900X. However, we have seen some availability problems and it may take a while before you can get your hands on them.

As for Ryzen 5000 APUs, they were launched on April 13, 2021 for pre-built systems. AMD is promising that the processors will be made available for home-made PCs “later this year”.

Here are the prices for AMD Ryzen 5000 series processors:

Zen 3 marks one of the biggest architectural reforms we've seen in a single generation. These new AMD Ryzen 5000 processors are still based on the same 7 nm manufacturing process as the Ryzen 3000 chips, which hit the market in 2019.

The main focus of this redesign was to boost IPC performance to achieve single-core performance, which could finally bring Intel down. While much of this has come about through incredibly complicated work of reducing prediction latency and implementing faster code fetching, much of this is the way AMD has redesigned the data itself.

You see on AMD Zen 2 processors, each Compute Die (CCD) had two Core Complexes (CCX), each with 4 cores and 16 MB of L3 cache. This means that in single-core workloads, the core would only have direct access to 16 MB of cache and would have to exit CCX if more were needed. With Zen 3, however, each CCX now has 8 cores and 32 MB of L3 cache, so the amount of cache that each individual core has direct access to has doubled. This dramatically reduces latency and increases higher single-core performance than we've ever seen.

Of course, this also results in faster game performance, as the best PC games still rely heavily on clock speed and the performance of a single-core. In tests, the Ryzen 9 5900X and Ryzen 7 5800X were about 7 to 9% faster than the Core i9 10900K in the games tested. We haven't seen such a huge leap in gaming processor performance in a while, and that means AMD now makes the best of them all.

AMD announced a major breakthrough when it came to Ryzen 5000 mobile CPUs at its launch at CES 2021, which are aimed at players, creators and users in general. When it comes to productivity applications, AMD promises a decent advantage over the Intel Core i7-1165G7 and a huge leap over previous Ryzen 4000 mobile processors.

The complete line of AMD Ryzen 5000 mobile processors is below:

AMD's struggle to replenish its Ryzen 5000 desktop CPUs has not stopped it from launching its line of desktop processors with radeon graphics. With Ryzen 5000 APUs finally on the shelves, at least for pre-built systems, those struggling to get a Ryzen chip or Radeon graphics card will have alternatives available.

Although initially released for precompilations, these APUs are expected to be made available for middle purchase by the end of 2021, according to AMD, which means that players building their own PCs should very soon be able to get their hands on one. .

A retail model of AMD's upcoming Ryzen 7 5700G APU has been depicted and rated on Chiphell, a monolithic 8-core processor design from AMD, which contains Zen 3 CPU cores and integrated Radeon Vega graphics.

A user of the leaked sample of the Ryzen 5700G CPU from AMD, managed to clock the processor at 4,65 GHz on all cores, achieving high benchmark scores in the process. Unfortunately, no benchmarks were provided to show the performance of the processor's actions.

Ryzen 9 5700G CPUs from AMD use an 8 CU Vega iGPU, which operated at 2.000 MHz in stock using hacked drivers. This is 100 MHz below AMD's Ryzen 7 4700G, although it is unclear whether these reduced clock speeds are due to the use of unsold drivers on the 5700G.

Chipon user Ivanonline confirmed that the processor supported PCIe 4.0 connectivity on AMD 4 series AM500 motherboards when testing the processor.

AMD has not yet officially unveiled its Ryzen 7 5700G processor, and it is not known whether or not the CPU will be launched for retailers looking to build custom PCs. The next-generation predecessor to the Ryzen 7 5700G, the Ryzen 7 4700G, was an OEM-only product, although the CPU was available to consumers through unofficial channels. 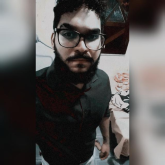