Good news for everyone who loves Square Enix's online RPG: Final Fantasy XIV will return in January. we talk yesterday about the game being almost a month out of stores because the game is so popular that Square Enix was forced to stop selling the game in December of last year. Servers were over capacity, causing long waits and impacting the experience. Now, producer Naoki Yoshida says that digital versions of the game will once again be available for purchase starting January 25th, thanks to beefed up data centers.

This news was among the details that Yoshida announced in a post on the Final Fantasy XIV: Endwalker blog.

"Since the official launch on December 7th of last year, Endwalker has experienced extremely high levels of congestion, causing our players a lot of frustration.,” wrote Yoshida. "The task of rebalancing jobs also remains and we will continue to work on this and other adjustments. While certain worlds continue to experience congestion during peak hours, our plan to fundamentally address the problem is starting to take shape, and I'd like to share the roadmap with you."

Final Fantasy XIV will return in January with news!

Here are the main points raised by Yoshida during his conversation with fans:

Digital sales will resume on January 25 at 17pm (JST).

“However, should servers continue to experience extreme levels of congestion, we may consider suspending digital sales again”, explained Yoshida. “We are aware that certain worlds are experiencing high server traffic at peak times and while some may consider this decision to resume sales premature, we ask for your understanding on this matter.”

Japanese data centers are being expanded.

"So from a long-term perspective, we are looking to add one more logical data center and decrease the volume of Worlds per logical data center, significantly increasing the maximum number of possible simultaneous logins by several thousand per World." 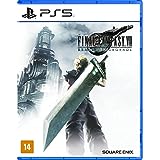 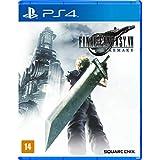 A two-phase server expansion is planned for North America

With the first phase going into effect in August 2022 and the second to be implemented in the spring or the following summer (somewhere between March and August). The first phase will add a new logical data center, under which there will be four new worlds.

"In the second phase of the expansion, we plan to add four more new worlds under the newly established logical DC, resulting in an 8:8:8:8 four logical DC configuration.” Square Enix is ​​thinking about another even bigger update for Patch 7.0. If these plans come to fruition, more details will be announced.

A similar two-phase server expansion is also being planned for Europe. The first phase is scheduled for July 2022 and the second is scheduled for sometime until the month of August. The Oceania data center will open on January 25 (JST), two weeks earlier than planned, and there will be five new worlds available.

"Also, upon resumption, the Home World Transfer Service will be available to all players in all data centers, not just those transferring to the Oceanian Data Center” explains Yoshida. "Those who wish to switch from Home Worlds can do so, with the exception of transfers to certain congested worlds.”

The Data Center Travel System is planned for patch 6.1x.

This will allow players to visit other worlds in logical data centers located in the same physical data center. However, players cannot visit Worlds in different regions or physical data centers. The Data Center Travel System has more restrictions than the World Visit System. According to Yoshida, “although cross-region travel is technically possible, implementation is still being considered.”.

Yoshida once again apologized for the delays and asked for everyone's understanding: "Despite these difficulties, however, we believe this server expansion is a significant step towards providing players with the best possible gaming experience in FFXIV.”, wrote Yoshida.

"Work to beef up the servers will continue until 2023, expending a large amount of money and manpower, but we will do our best to ensure that this effort does not negatively impact your ability to play, so we appreciate your support as long as you continue to your adventures.”

Now, let us know in the comments: Are you planning to play or replay Final Fantasy XIV after it reopens? Do you currently play and have you had problems? Leave it in the comments and take the opportunity to read more News on our website. Spider-Man No Homecoming Coming to HBO Max in August