Fortnite: All about FNCS

The Fortnite Champion Series (FNCS) Chapter 2: Season 4 starts this Friday (9), with 2,5 million awards in total, and following the trios model. Championships will be available for platforms PC, PS4, Xbox One, Nintendo Switch e Android, and in the same way as in other seasons, there will be a weekly dispute for places and points.

Everyone can participate in the qualifiers, but only 132 trios will advance to the knockout stage. These trios will be segmented into four groups with 33 each, and the best eight from each will advance to the final, totaling 32 trios. A repechage will be made between the teams that are in the 9th to 16th position of the table, and through it will be defined the 33rd, the last trio of the competition. Do you want more information about the regulation? They can be found here.

Where to watch and schedules

Broadcasts will be made through the official Fortnite channels on Twitch, Youtube e Facebook, with narration and comments in Portuguese.

They will air every Saturday and Sunday, and the finals will take place between October 29th and November 1st.

Viewers watching the event through Twitch will be able to obtain themed items including a Spray, an Emoticon and a Back Accessory, that is, as long as they remember to link the Epic account to the Twitch account, and are watching a channel with drops enabled.

Fortnite is a free game produced and published by Epic Games. It is considered one of the biggest successes in the arena survival genre, and is still among the most played online games. Currently, it contains 2 types of game modes: Save The World, cooperative pay-to play mode, which players must face zombies and build fortifications to defend themselves, and Battle Royale, free-to-play, where 100 players fight to be the last.

Also check out: 5 Fortnite challenges to do with friends 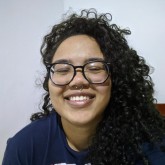