Mobile games are the biggest source of entertainment for gamers

Gaming is a favorite pastime of Generation Z and Millennials, according to new research, Generation Report, by NewZoo, a source of insights and analysis of the gaming market. The same study further reveals that the public in question also spends more time playing games than consuming any other form of entertainment. The data is in line with other surveys carried out recently by the Nimo TV Brazil, a streaming platform focused on games.

Mobile games are the biggest entertainment for gamers

Nimo TV Reviews showed that 64% of Brazilian gamers spend, on average, more than two hours playing daily during social isolation, which was reinforced in NewZoo's global survey which reveals that 77% of Generation Z people prefer to play on mobile platforms, as well as 73% of Millennials. Mobile games are unanimously among the favorites of the Nimo TV audience, where 80% of accesses are made via mobile devices.

“It is very interesting to observe that the trend is the same in Brazil and in the world with regard to the behavior of gamers. Our surveys have already reinforced the presence of mobile games as the main source of entertainment and fun for Brazilian users of Nimo TV, and now comes the survey by NewZoo, even more comprehensive, confirming this direction”, emphasizes Rodrigo Russano Dias, Head of PR and Social Media at Nimo TV Brasil.

“Another very interesting aspect is about mobile gambling. These games are still among the main highlights on our platform, and the study by NewZoo reinforces that we are on the right path when we create special content for this audience, considering the numbers in the analysis”, concludes Dias. 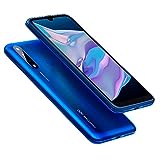 Another data to be highlighted is based on the interviewees who follow esports. According to NewZoo, more than two-thirds of young game enthusiasts not only play games but also watch content related to the games category. On Nimo TV, at least 13% of the public who consider themselves gamers started to consume content from esports tournaments during social distancing, for example.

Other studies on the streaming platform also showed that 69% of gamers watch mobile gaming esports tournaments, as well as 81% of respondents to the Nimo TV survey responded that they consume esports championship content. It is noteworthy that they do not necessarily follow only the preferred teams: 54% watch a competition, regardless of who is dueling.

You can read more about mobile games on our website.