10 reasons to choose a GeForce RTX notebook over a console

If you're one of the gamers this Black Friday eyeing a platform promotion to play the latest titles, you might be wondering if it's better to choose a high-end console or gaming notebook. Despite the popularity of consoles, it's undeniable that the ultimate gaming experience is in a notebook with a GeForce RTX GPU. See why below, and keep an eye on the notebooks that are on offer this Black Friday here.

Read also:
Find Out Which Processor Best For Gamers Notebooks
Learn How To Choose The Best Notebook Gamer
The Best Webcams In 2021
5 Foolproof Tips To Know If The Game Runs On PC
19 Best Wireless And Wired Gamer Mouses In 2021

With the GeForce RTX notebook, just plug it into the TV

Nothing beats the comfort of simply dropping onto the couch and turning on the video game for fun. And many associate this experience only with the console, with a simple HDMI cable connecting a powerful notebook to your TV. Depending on how powerful your notebook's GeForce RTX is, the resolution transmitted on the big screen can be up to 4K.

In addition to being possible to play on TV, just like any other gaming platform, a controller - wired USB or without - of your choice can be used to improve the experience in games that require the use of this accessory, such as racing, fighting, adventure, among others.

O Ray Tracing, extremely realistic lighting technology, is more advanced and better utilized on GeForce RTX platforms. That's because GeForce RTX 30 series cards have RT Cores, processing cores dedicated for this purpose and that guarantee the best graphics and performance not only for games, but also for various software that, together, add up to more than 150 compatible products. technology.

Unlike consoles, notebooks with GeForce RTX have a much wider range of settings. In addition to the well-known quality mode – which makes the graphics much more beautiful – and the performance mode – which guarantees greater fluidity in games -, there are also several other modifications that are only possible on the PC, such as the level of Ray Tracing, level of details of the title, among others.

Much more than 60 FPS

O NVIDIA Reflex it's everything gamers are looking for to gain a competitive edge in online gaming or to solve the problem of delayed command responses once and for all. The technology helps reduce your reaction time, allowing you to identify enemies faster and improving your aim. Combined with the high performance of GeForce RTX cards, NVIDIA Reflex technology delivers the lowest eSports response time.

Currently at its version 2.3, NVIDIA DLSS is an artificial intelligence technology that improves performance and image quality when activated. Exclusive to GeForce RTX boards, NVIDIA DLSS feels like magic that brings performance for free. With Advanced AI Image Rendering, this feature allows graphics quality to remain comparable to native resolution – or even better – and still lets you play with maximum detail (including Ray Tracing-based effects) at higher resolutions. and with high FPS rates.

NVIDIA Reflex is everything gamers are looking for to gain a competitive edge in online gaming or to solve the problem of delayed input responses once and for all. The technology helps reduce your reaction time, allowing you to identify enemies faster and improving your aim. Combined with the high performance of GeForce RTX cards, NVIDIA Reflex technology delivers the lowest eSports response time.

Laptop GPUs feature streaming multiprocessors with Ampere architecture, which deliver double the processing rate of FP32, delivering much higher performance per watt. These include new dedicated RT cores that offer twice the performance of the previous generation and new 3rd generation Tensor Cores, which bring a twofold increase in throughput over their predecessors. All this power is used by NVIDIA DLSS, which greatly accelerates performance.

The notebooks also include a number of tools for gamers and content creators, including the NVIDIA broadcast, which uses AI to turn any room into a broadcast studio and the GeForce Experience, to capture and share videos, screenshots and live streams with friends. 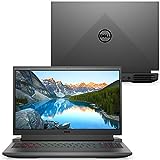 In order to improve the performance of high-end notebooks, the GeForce RTX 30 series feature 3rd generation Max-Q technologies that utilize AI and new system optimizations, such as:

The WhisperMode 2.0 technology, present in GeForce RTX gaming notebooks, was redesigned on the 30 series and customized for each product. WhisperMode 2.0's AI-powered algorithms work on managing the CPU, GPU, and temperature and fan speed, which results in better performance and less heat.

Gamer notebooks generally set a fixed power for CPU and GPU. However, games are dynamic and system demands change from frame to frame. With Dynamic Boost 2.0, AI networks balance the power between CPU, GPU and now GPU memory depending on where it's needed most – constantly optimizing to deliver maximum performance.

A few years ago, it was almost impossible to think of playing console-only games being released on PC, however, things have changed, and today these once-exclusive great titles are available on PC and with NVIDIA technologies like NVIDIA DLSS, for example. And as different platforms are transporting their PC-only games, computers can be said to offer the very best.

It is the cheapest platform

In a scenario where games are rising more and more, the PC becomes the most accessible platform for players who want to spend little. The various game promotions guarantee prices that don't weigh on the consumer's pocket.

Freedom to choose your favorite accessories

Using only the keyboard and mouse to play games on the PC is a thing of the past. These days, several peripherals are supported by the platform, such as various wireless or Bluetooth connection controls. For those looking for even more immersion, the PC has different simulation wheels for racing games, joysticks for flight simulation titles and several Headsets which are also compatible with consoles. Now that you have 10 great reasons to get a GeForce RTX notebook, check out all the Black Friday deals available.