An unauthorized, remastered version of GoldenEye 007, canceled for Xbox 360, has been leaked and is fully playable.

An unauthorized, remastered version of GoldenEye 007, canceled for Xbox 360, has been leaked and is fully playable.

The myth of “Golden Eye 007 Remastered”For X360 had a forecast for 2008 but was canceled, but who would expect that today a full version of it would come out as a leak? (thanks!).

Fans of the classic that marked a genre, are posting, prints, comments, scenes of the leak (not authorized) everywhere, and it really is impressive!

A video showing the leaked version was posted online a few days ago, putting the leak in the “trend topics”.

Other remasters like Halo: The Master Chief Collection, provide a strong contrast between the styles and the player's choice of which he prefers, between the new or the original N64.

The gameplay is the same, as are all the sound effects. They are recognizable anywhere, exploding and flying things are memorable and impossible to forget, like when we shoot and everything explodes.

It makes sense? No! But now, to change something that marked the genre, it would be shocking ... As if they had taken it from the original game and we didn't see the explosions as in the Tarantino films, hahaha.

However, the multiplayer mode that existed in the original version has disappeared.

GoldenEye's multiplayer was a huge success on the N64, offering split-screen matches for up to four players. But “Oddjob” character was impossible dude, he was so short that to hit a bullet it was half the “paint”.

Despite being established as one of the most loved shooters of all time, GoldenEye 007 has never been officially remastered. Developer Grant Kirkhope - who was not involved in the project but was at Rare during its production - told VGC (American news site Video Games Chronicle) last week that the Xbox remastering was canceled due to several investors with multiple interests in the project, which include Activision, Microsoft, and Nintendo.

An adaptation of the game for Wii, was launched in 2010, but it changed almost the whole game, discouraging that nostalgia that had about the game ...

As a writer, I wanted to play that game now, and that's what I will probably do after this article hahaha.

It is beautiful for me to see old games returning to life and reliving good moments from years ago… I still hope that many games will return, as well as “Prince of Persia”Which is being remastered now, an unforgettable classic by anyone who had a playstation 2.

And have you ever thought of making your own game?
Take this chance and get your most amazing ideas out of your head being a professional game developer with the support of Danki Code. 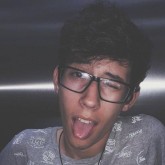