For some time now, there have been many rumors about what will come in version 2.4 and the new banners in Genshin Impact that will come in the future. The only certainty we have so far is the presence of the new characters Shenhe and Yunjin, as well as the return of two of the most awaited characters in the game, Lancer Anemo Xiao and Archer Cryo Ganyu. Two characters that have been widely accepted by players but have not had their returns so far.

According to a post on Reddit and a video that you can see on the link, the dates for these banners will be as follows:

New banners on Genshin Impact bring two 5 stars, where is the other?

Now that the game has modified its banner system, bringing two promotional banners with 5-star characters together in the case of reruns, the question remains: Who will be the character who will come after Shenhe and Yunjin to compete for their primes? The most correct answer is: We don't know! The most likely answer is Yae Miko, the electro priestess who was part of Inazuma's bow. 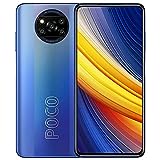 This still doesn't completely eliminate speculation that a third return of Zhongli, 5-star Geo Lancer and the Archon of the Liyue region would return to the game, and it is possible that he will come in as the 2nd banner of the period when Shenhe and Yunjin will be in play , but makes it more unlikely, as Itto is in the banner queue and has already been revealed by mIHoYo some time in advance. So, it looks like the duos already seem to be set up in the future Genshin Impact banner scenario. But, it is still possible to have something unforeseen that changes this. We can only wait.

In addition to the banners, events are expected to come to the game with the update, including a new region in Inazuma, Enkanomiya. A new hydro boss called the Ocean Defender, new dragonborn, a new enemy from the Order of the Abyss, and events involving Inazuma's Tanukis and Alchemy games. You can see this in more detail. in this matter here.

Master the elements in Genshin Impact 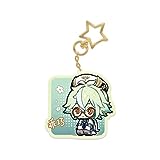 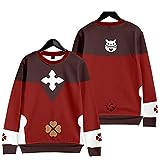 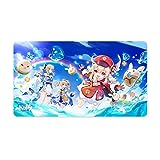 Leave in the comments what you think of the game? Did you like the new events? Who are you going to try to pick up on the new banners to come? Contact us and take the opportunity to read more about Genshin impact on our website.