Yes Yes! For those of you who were eager for news about the long-awaited new Spider-Man 3 movie, it looks like Sony has (finally) decided to start releasing the infos! Unfortunately, all we got was a very short teaser that only reveals the Portuguese name of the film…but that's something! Check out:

And the title will be Spider-Man: No Return Home. The revelation caused a stir on social media, as well as several memes related to the title, but it is very faithful to the original in English: No Way Home (which in the literal translation would be something like “no way home”).

As for a trailer with more details and real scenes from the film, according to insider Daniel Richtman, we should receive it between the end of this month and the first week of July. While it's not the ideal information that many would like, at least the date is close enough for us not to suffer much more from anxiety.

See more: All Marvel Releases through 2023

Theories about the Multiverse

Although extremely short and somewhat disappointing, the teaser released by Sony generated quite a lot of buzz from fans due to a brief glitch in the film's title. In the Brazilian teaser, the glitch looks like a TV signal failing, but in this teaser posted and soon after erased by Sony Argentina, it shows the name in a shade of red, see:

This heated up social networks with new rumors about the presence of the multiverse in the new film, as the glitch was already explored in the film Spider-Man in the Spider-verse, as well as the red logo was used in the work.

While it's virtually confirmed that the multiverse will be part of the film's history, what fans are eagerly awaiting is a guest appearance by former Spider-Man Andrew Garfield and Tobey Maguire.

Yes, this has been denied several times by producers and the film's own cast, but the theories are more alive than ever, and this new teaser has given them a new lease of life.

In March of this year, what suggested the presence of Andrew Garfield in the film was an Instagram post, which was soon deleted:

It's a post by William Spencer, Andrew Garfield's stunt double in his Spider-Man films, in which he mentions being with Greg Townley, Tom Holland's stuntman in the new film, appearing to be on a movie set. Many then deduced that he would be on the set of No Return Home, which would confirm Garfield's participation. After all, why would they need his double, right?

Also, something of this magnitude would make sense to keep the plot of the film so secret for so long. There were very few leaks, and there's very little we really know about the movie, which fuels even more fan rumors and theories.

If this participation is really confirmed, we will have something unprecedented in cinema. It will certainly be a historical plot. In fact, the rumors have become so strong that it will be a huge disappointment if they aren't real. What leaves us in great doubt is Be this will all be built and placed on the screen. Will we have to effectively wait until December to resolve our doubts and anxieties?

But all of this puts a huge expectation on the new Spider-Man movie, if that's what Sony and Marvel intended, well, they were totally successful.

What do we actually know about the movie No Return Home? Yes, it's very little, but let's go.

For starters, this will be the last film in the Sony-Marvel partnership, which introduces Holland's Spider-Man into both Sony's productions and the MCU. And, well, it almost didn't happen. Holland had to use his contacts and influences so that the partnership was extended to another film. At least that's what they say out there.

In production, Kevin Faige, from MCU, partnered with Amy Pascal, from Sony, as well as in the two previous films. Jon Watts also returns as director. Chris McKenna and Erik Sommers also return as screenwriters, maintaining the consistency of the last two productions.

In the actors' part, obviously, Tom Holland will be the main one. Zendaya returns as MJ, Jacob Batalon as Ned and Marisa Tomei as May. Jamie Foxx, who returns since his appearance in The Spectacular Spider-Man 2 in the role of the villain Electro and Alfred Molina, who again plays the role of the villain, was also confirmed. villain Doctor Octopus, from Spider-Man 2 (which only reinforces the possible participation of other Spider-Man actors).

Benedict Cumberbatch was also confirmed in the film in the role of Doctor Strange. He will be a new mentor to Peter Parker in the plot. There are also other rumors of actors who will participate in the film (apart from Maguire and Garfield), such as Charlie Coxx in the role of Daredevil, Kirsten Dunst as Mary Jane and Emma Stone as Gwen Stacy, but none of them has been effectively confirmed.

About the story, the producers stated that it will be something never seen before. Following the events of Spider-Man: Away from Home, Peter Parker has had his identity revealed and will likely play the role of a fugitive, which changes the whole course of things.

Everything indicates that, yes, the film will have a story based on the Multiverse, which is only reinforced with the presence of Doctor Strange, who will star in the next film in the Marvel Universe after the release of No Return Home, called Doctor Strange in the Multiverse of Madness, which will deal exactly with him.

Spider-Man 3: No Return Home opens in theaters on December 17th. So, what did you think of the information? Are you as eager as I am for future ads for this movie? Are you ready for the epic Spider-Man meeting? Leave it in the comments! 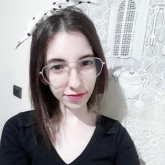