Spotify Plans: For those who like a good little song or listen to a podcast when you feel like it, we have some very interesting news involving one of the most popular music apps in the world, the Spotify. The service of streaming it is now testing a new subscription plan that costs less than R$6,00 (US$0,99) called “Premium Lite”, which is a simpler, ad version of the platform, with its only advantage being that it can skip tracks freely and also be able to choose your songs without obstacles.

The strategy is very similar to what is offered by YouTube, as “Premium Lite”, from the video platform, and apparently, Spotify should follow the same path by giving more options to the application with “Spotify Plus”.

While the new plan is still undergoing testing, we're not sure whether it will actually be released. But according to the spokesman for Spotify, if it is released, it could come with modifications. Check out:

We are currently conducting a trial of an ad-supported subscription plan for a limited number of users. There is no guarantee that the new plan will be released in its current form.

All these plans allow you to listen to music offline, go without ads and skip tracks freely.

Listen to your favorite music with one of these headphones! 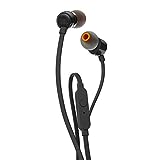 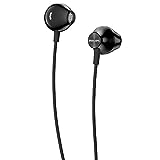 Spotify is a music, podcast and video streaming service that was officially launched on October 7, 2008. It is the most popular and used streaming service in the world. It is developed by startup Spotify AB in Stockholm, Sweden. It provides content protected from restricted digital rights management content from record labels and media companies. Spotify is a freemium service; with basic features being free with advertisements or limitations, while additional features like improved streaming quality and music downloads are offered for paid subscriptions