The next The Sims 4 kit has leaked online, revealing a clothing-focused kit called "The Sims 4: Carnival Streetwear". This is the first paid DLC for The Sims 4 of 2022 and marks the tenth kit released for the game. Since its release in 2014, The Sims 4 has released over 30 DLCs to its 36 million players.

Sims 4 players have plenty of options when it comes to adding content to the game, with EA offering four different sizes of DLC for purchase. the kits are the newest and smallest option, adding around 20-30 items or clothing items to the game. Because of their size, each kit has a distinct theme – in the past, kits focused on things like plants or retro clothing. While some players are excited to add new themed items to the game, some have criticized EA for the amount of kits added to The Sims 4 for the price, selling at around R$30 each.

Read more:
What is MC Command Center
Tricks and Commands for Getting Married in The Sims
Discover the Trash to Luxury Challenge Rules
Meet the 100 babies challenge
Read our The Sims 4 Review

Next The Sims 4 Kit is a tribute to Brazil?

The Sims 4 Carnaval Kit was leaked online this week with a tweet, reports the SimsCommunity website. Twitter user Alumia_Italia – the post has since been deleted – previously leaked information that turned out to be true, correctly predicting the release of The Sims 4 Botanical Decoration kit.

According to the leak, this new kit will be released on February 3, 2022. The kit will be centered around Carnival. The image included in the leak shows several new daring clothing items for women and men, and the Sims are shown dancing and celebrating. EA recently released a roadmap for the next three months of The Sims 4, with the overall theme of celebration, so a Carnival festival-focused kit is perfectly in line with their stated plans for the series.

This new kit combined with EA's previously announced Celebration Game Pack raises the possibility that all of the new content The Sims 4 team has planned for the next three months will be commemorative in some way.

A kit theme inspired by the Brazilian festival also continues EA's recent pattern of releasing cultural content into the game, having recently gifted players with free traditional Korean clothing. More representation in The Sims 4 Korea is a few centuries overdue, so this more “up to date” kit is an excellent step in the right direction.

This latest leaked release of The Sims is undoubtedly intriguing, and while more information is needed for fans to really decide if the kit is worth it, it certainly has potential if you enjoy the holiday that marks the 'beginning of the year'. Brazil". This kit seems to have one of the most niche concepts yet, which many fans believe is exactly what kits are supposed to be used for. While the kit has not been confirmed by EA as an upcoming Sims 4 release, based on previous leaks, the announcement should come soon.

The best Electronic Arts games at unbeatable prices on Amazon 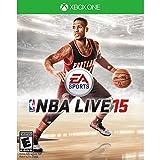 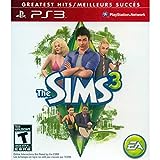 Whatever You Want In The Sims 4

the sims is a life simulator developed by Maxis and published by EA Games. In it you create your characters, build houses however you want, you can get a job, relationships, raise a family or do whatever you want. The franchise has several titles and several spin-offs, released for PC and several consoles such as PlayStation, Xbox, Nintendo Wii and even for Sega's Mega Drive.

Express your creativity by customizing your Sims with distinctive looks and unique personalities, give them traits, and have fun with clothes and hairstyles. Easily build the perfect home for your Sims by choosing their favorite designs and decors, with more detail than ever on mobile platforms.

Experience the fun and exciting times in your Sims' lives as they reach career goals, pursue hobbies, develop relationships and improve their Lifestyle. Party with friends, socialize around town, visit special events, and give your favorite Sims Stickers. What stories will you tell?

Leave in the comments what you think of this new kit? Do you like kits? Do you find an EA action interesting or mercenary? And take the opportunity to read more about The Sims on our website.

Share
PlayStation reveals the most downloaded games on the Brazilian PS Store in 2021 previous post
How to play Reyna in Valorant. All tricks and tips for 2022 Next post What's Coming to Disney+ in February 2022