How to get Cammy skin in Fortnite

Street Fighter soldiers are the two new skins arriving on the island and we'll show you how you can get Cammy's skin in Fortnite before anyone else.

Fortnite from Epic Games never tires of bringing new characters to your game, combining several franchises and characters from various games for your battle royale. Although they're just skins (cosmetic item that alternates the character's appearance, without changing their attributes) it's interesting to see Lara Croft, from Tomb Raider, running alongside Aloy, from Horizon Zero Down, and fighting Loki, from Marvel , and Batman, from DC.

And to complete Fortnite's pantheon of unlikely confrontations, two new characters are arriving on the island straight from Capcom's fighting franchise. Colonel William Guile and Street Fighter special forces agent Cammy White are the next two fighters to land on the island. They aren't the first world fighters to arrive at Epic's game, as Chun-Li and Ryu already showed up there, however, this time, you can get Cammy's skin early through the Cammy Championship.

Learn all about the Cammy Championship at Fortnite

How to unlock Cammy sooner and for free

To unlock Cammy for free in Fortnite, players need to participate in the Cammy Championship on August 5th, where they can win the Cammy costume and Borealis Backer back for nothing. This will be a Duos tournament, so players will need a friend, and each team must earn as many points as possible during the three-hour Cammy Championship broadcast.

The top performing teams in each region will get the Cammy skin and their backpack, and anyone who earns at least 8 points will receive the second round loading screen image. Players who earn at least one point per game, so even if they are eliminated immediately, they only need eight games to get the loading screen image. 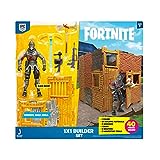 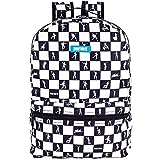 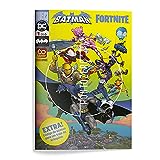 Can Guile be unlocked sooner?

To get Guile in Fortnite, players will simply have to wait until August 7th, 21:1600 pm EDT, and buy their package from the Item Shop – presumably for around 2200 V-Bucks or XNUMX V-Bucks for him and Cammy if players failed to acquire it at the Cammy Cup. Unfortunately, the Cammy Championship is exclusively for the Cammy skin, so there's no way to win the Guile skin sooner or for free in Fortnite.

The Game's ranked competitive mode consists of three (3) leagues (each, a “League”) separated into ten (10) divisions (each, a “Division”) as described below:

For each Cammy Championship match, eligible players from a Doubles team (as determined by Epic in accordance with these Rules) must qualify for Open League (Division I, II or III) or higher in the Arena in their respective server regions (“Region”) until the start of the match in question to be eligible to queue up and compete during the Event period as listed in the game.

The Event will last approximately three (3) hours. Teams may participate in a maximum of ten (10) matches of the Event. Teams will earn points based on the scoring system listed below (as applicable). Event Matches will only count if the match starts before the end of the Event period.

At the end of the Event and subject to the terms and conditions of this document, the teams scoring the most points as listed in the in-game leaderboard (“Leadership Table”) of each Region will receive prizes as determined.

The following prizes will be awarded to each player or team based on their Leader Board placement at the conclusion of the Event.

The estimated value (“EV”) of the “Cammy” Cosmetic Back Attire and Accessory in the Game is US$20, and the “Second Round” Loading Screen is US$5.

For more information, you can go to Epic's official website and read all the rules of the Cammy Championship at Fortnite. 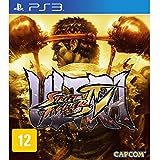 From the air base to the Battle Bus, Guile (with his wonderful flat hair) arrives at Fortnite. The Guile Costume features the classic green pants he wore in the original Street Fighter II, plus a summer-ready Variant (Guile — Sweating a Shirt) and the KO Back Accessory

“BY THOSE I VOTED TO PROTECT… I WILL FIGHT WITH YOU!”

Cammy, the Delta Red fighter, is ready for action. In addition to the classic Cammy Suit, you can also equip the Boreal Protective Back Attachment and the Cammy Variant — Tactic.

Do you like these two World Warriors? The Cammy and Guile Bundle includes both Costumes and Back Accessories and even comes with the bonus Second Round Loading Screen.

Also in Fortnite this week, there is a joint promotion with the film Suicide Squad, as the bloodthirsty skin, by Idris Elba, has been added to the game, and Ariana Grande is singing in the game later this week, not to mention the possibility of adding the Naruto to the game.

Save Island From Invasion In Fortnite

Tell us in the comments if you liked the inclusion of the characters? Are you excited for the Cammy Championship? Go buy Guile's skin so you can play by listening that music? Did you like the new season? Take the opportunity to read more about Fortnite on our website.