Check out the September 2021 releases on Cinema and Streaming

Prepare your schedule to know the best debuts for the next month in movies and series? See September 2021 releases on Cinema and Streaming

The month of September is bringing to the screens of its streaming services and theaters (though not advised yet) some of the year's most anticipated premieres, such as Shang Chi and The Legend of Ten Rings and the new and final (every season) they say it's Lucifer's last season in Netflix, and a remake of a famous fairy tale on Amazon Prime. So you don't miss any premieres, let's talk a little bit about what's next.

September 2021 Releases in Film and Streaming

In a new adaptation of a classic fairy tale, Camila Cabello stars in the new version of Cinderella. As is standard for this type of adaptation nowadays, the protagonist will not be so dependent on a prince and her fairy godmother is not what is expected. Alongside the “Havana” singer, classic stars include Billy Porter, Idina Menzel, Pierce Brosnan and Minnie Driver, as well as newcomer Nicholas Galitzine, who plays the charming Prince Robert. Watch all the magic on September 3rd on Amazon Prime Video.

After five successful seasons, Netflix's divine comedy Lucifer will premiere its sixth and final season (so far) on September 10th. In its final episodes, the series deals with the consequences of Lucifer's rename as God and how it affects his relationship with Chloe. The series stars Tom Ellis and Lauren German.

Netflix Sex Education's charming and clever comedy series returns for Season 3 on September 17th. Actor Asa Butterfield, who plays lead Otis Millburn, told The Guardian that there will be a “time jump” between seasons 2 and 3. From the trailer, it looks like there's a new director at Moordale Secondary School, played by Jemima Kirke, and she's at the forefront of a major makeover, however, it's unclear whether the same can be said for some of the characters' relationships.

More than two years after the premiere of Season 3, Cara Gente Branca is back for its fourth and final season. Netflix's dramacom features a group of black students in a fictional school, where they face racism, cultural appropriation, LGBTQ+ stigma and more social issues as the series charts the lives of black students in historically white spaces. See all your favorite characters from the final year of the series on September 22nd.

The House of Paper

It has been more than 100 hours since the mission to the Bank of Spain began. The group of assailants managed to rescue Lisbon, and the moment is one of tension and mourning. The Professor has been captured and, for the first time in his life, he doesn't have an escape plan. When it seems that the situation cannot get any worse, an enemy much more powerful than any that has ever been faced appears: the army. Part 5 of La Casa de Papel will be released in 2 stages: volume 1 premieres on September 3, 2021, and volume 2 arrives on December 3, 2021.

It is a bold choice to try to adapt Isaac Asimov's Foundation trilogy to any medium, spanning hundreds of years in the infinity of space. When you talk about bringing a wide-ranging romance series to television, most people will think of Game Of Thrones, and we know how it ended.

Jared Harris plays a genius mathematician overwhelmed with the strange knowledge that the galactic empire is about to hit a cataclysm and seeks to preserve as much human knowledge as possible before a dark age arrives. Unfortunately, the news that their way of life is coming to an end causes some panic. The series premieres on Apple TV + on September 24th. 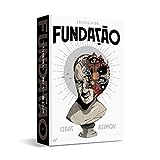 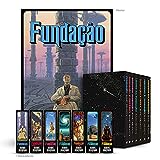 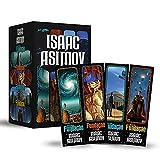 Shang Chi and the Legend of the Ten Rings

The film has been developed by Marvel Studios since 2001, when the rights of the character were with Dreamworks Pictures and even had the involvement of director Ang Lee, but had not got the go-ahead for the filming and the rights went back to Marvel.

It wasn't until 2018, during the San Diego Comic Con, that we had news about the film, with the announcement of Simu Liu in the lead role, script by Dave Callaham (Wonder Woman 1984 and Godzilla 2014), and direction by Destin Cretton (The Glass Castle and Temporary 12). The feature premieres on September 3, 2021 in movie theaters.

If you want to prepare for the movie and know all about Shang Chi, we have a special feature about Marvel's character here on the site.

In the words of director James Wan, Maligno is an old-fashioned horror film, with practical effects and no giant blue-screen sets. Annabelle Wallis will star in the film, along with Maddie Hasson, George Young, Michole Briana White, Jake Abel, Jacqueline McKenzie and Ingrid Bisu, and is scheduled to open on September 10 in theaters and on HBO Max. the film? Nobody knows!

Still unsure of how to deal with the symbiosis with the alien organism Venon, Eddie Brock (Tom Hardy) switches from his new routine of a reporter and a night watchman. But, in an interview with psychopath Cletus Kasady (Woody Harrelson), an even greater evil will be unleashed on the world and this will cause Eddie and Venom to face hard times, as this is the Time of Carnage.

Michelle Williams is back as Anne Weying, Eddie Brock's ex-girlfriend (is it?), and Naomie Harris is expected to play the villain Shriek (rumor). Directed by Andy Serkis, “Venom: Time of Carnage” premieres on September 24, 2021.

And if you like the character, we have a story with all Venon appearances in games right here on the site.

The new version of Frank Herbert's literary classic. Dune is considered the best-selling science fiction book of all time and was given a theatrical release in 1984 and was directed by David Lynch,

In the distant future of humanity, Duke Leto Atreides accepts the administration of the dangerous desert planet Arrakis, the only source of the most valuable substance in the universe, "Melange", a drug that prolongs human life and provides accelerated levels of thought. Although Leto knows the opportunity is an intricate trap by his enemies, the Harkonnens, he takes his Bene Gesserit concubine, Lady Jessica, son and heir Paul, and most trusted advisors to Arrakis, aka Dune.

Leto takes control of the spice mining operation, which is dangerous by the presence of giant sandworms. A bitter betrayal leads Paul and Jessica to the Fremen, natives of Arrakis who live in the deep desert. 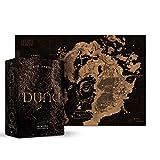 Delayed several times because of the pandemic, the British agent's latest adventure with Daniel Craig in the role will finally see the light of day! Bond has left active duty and is enjoying a quiet life in Jamaica. His peace doesn't last long when his old friend Felix Leiter from the CIA shows up asking for help. The quest to rescue a kidnapped scientist turns out to be far more treacherous than expected, leading Bond on the trail of a mysterious villain armed with dangerous new technology. Directed by Cary Fukunaga and with Rami Malek, Léa Seydoux and Naomie Harris in the cast, the latest adventure of the current James Bond hits theaters on September 30th.

Clint Eastwood, 91, stars and directs the film that adapts a 1975 book by N. Richard Nash. The story follows Miko (Eastwood), a former rodeo star who, out of work and desperate, accepts to escort the son of a former boss named Rafa (Eduardo Minett), leaving Mexico for the United States. On the way, facing difficulties and getting to know each other better, they create unexpected bonds. Cry Macho is slated to hit theaters on September 16th. 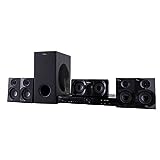 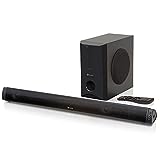 Now tell us, what else are you waiting to see? Which debut made you most anxious? Will you risk going back to the movies? Contact us and read more about movies, series and cinema on our website!