Find out when the Call of Duty: Vanguard betas will happen

Beta CoD Vanguard: We are getting close to the release of Call of Duty: Vanguard, scheduled to go public on November 5th. However, we are already approaching the weeks of early access, closed and open multiplayer betas. And with that in mind, to make you prepare for when you will be able to have the first contact with the game, we have prepared a calendar with all the days that players will be able to play. Check the days and conditions below! 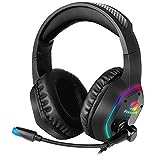 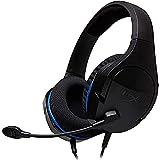 In this Beta period, players will be able to get their first impressions of the new modes called Battle of Champions and Patrol, in addition to the more traditional 6 v 6 battles. Among the maps that will be available Red Star, Hotel Royal, Gavutu and Eagle's Nest .

Today, the 10th, until the 13th is ealy access week, that is, it will be the Beta for players who have already purchased Call of Duty: Vanguard by Playstation. While players from other platforms who have purchased the game will only be able to play in advance on another day. This is due to the firm partnership between Activision and Playstation, which weeks ago presented the game's Alphas also exclusively for PlayStation 4 or 5 users.

Early access week and Open Beta for players of all platforms (Xbox, PC and Playstation)

For those who aren't aware of our coverage of CoD Vanguard here at Married Games, be aware that the game will be WWII themed and will be produced by Sledgehammer Games, who has worked on some titles in the franchise such as CoD World War II, CoD Advanced Warfare and also helped Infinity Ward in Modern Warfare 3. The game, unlike the current title Black Ops Cold War, will have the same engine as Modern Warfare (2019 ), but even better. With that, we'll have mechanics like weapon support, swipe, tactical run, and much more.

The game will also have integration with the battle royale free to play CoD Warzone, being able to divide weapons, operators and the history in a general way. Call of Duty: Vanguard arrives Nov. 5 for PC, PS4, PS5, Xbox One and Xbox Series X/S. See more here. 7 Tips to Increase Your Adventure Rank in Genshin Impact