See the Best Build for Aloy in Genshin Impact

We have already released it before, but now it has arrived and, with that, the search for a Build for Aloy in Genshin Impact begins. Thanks to the partnership of miHoYo and the Sony, is coming to the world of Teyvat the outcast hunter of Horizon Zero Dawn, Aloy on Genshin Impact.

In an event that brings the protagonist of the game of Guerrilla Games, all players, whether they are from PlayStation, mobile devices e PC, will have access to the new Cryo element archer character. However, the “Predator” arc remains restricted to Sony consoles, as its passive ability only works while we are connected to “PlayStation Network”.

We don't know how Aloy managed to get into the world of Genshin Impact yet (probably in the same way as the protagonists, the twins Aether and Lumine), but we do know that she is a five-star character, suited with her own Elemental Skill, Explosion and animations (and luckily, he didn't join the Order of the Abyss as our brother/sister). After the 2.2 update, we already know pretty much everything about her, from her attacks to her ascension materials, and with that, we can put together a guide on the best build to play with her in Genshin Impact.

Will there be a banner for Aloy?

There will not be an Aloy banner. Unless miHoYo changes its mind at some point from now on, Aloy will be given to everyone with Adventure Rank ≥ Lv.20 via email. This makes her the first new character (except the Traveler, of course) not to appear on a banner.

If you're wondering: Can I delete Aloy's email? Although I don't understand why anyone would want to do this, but no. It is not possible to delete the email before redeeming it! If for some reason you really don't want to have Aloy in your account, the only way to do this is to wait for the email to expire, which is 365 days after receiving it!

What is the best build for Aloy in Genshin Impact?

Now that it has arrived for everyone. we have a good idea of ​​your abilities and your (lack of) constellations, we have what we need to come up with the best build of Aloy in Genshin Impact.

Aloy revolves around using ATK to deal massive amounts of damage. Like other Bow-focused characters, she can turn her normal attacks into Cryo damage attacks when charging, just like with other archers. In this case, just like Diona. However, she can accumulate these stats quickly, so it's safe to say that a build around these elemental advantages will be best.

Here you will use Aloy as a cryo DPS, as you would Ganyu. It's important to avoid artifacts or weapons with bonus physical damage, as using Cryo damage in your normal attacks will completely disable it.

Your Elemental Blast won't be your “main course” in this build, so it's a good reason to use Shinegawa's new set of Reminiscence Artifacts. It will charge energy quickly. Keep it stored and you can increase your Normal Attack damage by a massive 50% with each use of your Elemental Ability.

Using Aloy as a Sub-DPS simply means having her around to ensure your enemies are affected by Cryo or Freeze. The Winter Hero artifact set here will allow your primary DPS to deal massive amounts of damage simply by attacking these targets.

When used with characters like Klee or Diluc, CRIT buffs added to the team in this way will allow the many resulting Melt reactions to deal considerable damage.

What is the best Team for Aloy in Genshin Impact?

Aloy was apparently thought to be the main damage-dealer on a team. She focuses on increasing her Normal Attack damage so her rapid-fire arrows deal good Cryo damage. She has the potential to do Cryo damage in area as well, so she's also good at spreading the Cryo effect to freeze groups of enemies.

Here is a suggestion as to what will be the best team composition for Aloy:

This team for Aloy in Genshin Impact uses her primarily as a Sub-DPS Cryo when five-star characters such as Diluc and Klee are present in the group. If you're using someone like Yanfei instead, you'll probably want to use Aloy as your main DPS. It works like this:

Basically, you just want to keep the chain of Melt reactions by combining the powerful Cryo damage from Aloy's attacks. A Hydro character can turn this to Freeze if things get complicated, leaving Diona or Bennett to support the team as they would in a group with other cryo characters.

What's the Best Weapon for Aloy?

Aloy comes with his own bow straight from Horizon Zero Dawn. However, this is unlikely to be the best for your kit, as it loses its core ability if used on anything other than the PlayStation system. Here's what we think will be the best weapons for Aloy:

All of these choices focus on making use of increasingly powerful normal attacks. Her best weapon choice will increase as she gains stacks of her own abilities.

Play Horizon Zero Down, Horizon Forbidden West and Genshin Impact in One Place 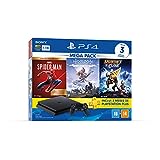 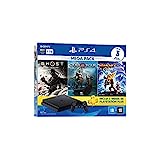 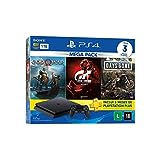 The set of artifacts that appeared in the game during version 2.0 of the game, Reminiscence of Shimenawa, might be interesting to him and give him a difference from those normally used in Ganyu, for example, which depends on increasing the power of his charged attacks. instead of Aloy's focus on normal attacks.

To that end, a four-piece set of the new artifact will likely stand out as the best artifacts for Aloy at the moment. By accumulating the energy extracted from your constant normal attacks with Cryo Damage, it will increase your power by another 50%. This is in addition to the two-piece set% Gross Attack, which Aloy should climb well with.

Another way to do things is to increase your Cryo damage bonus with Winter Hero. The four-piece set, which increases the damage the team deals to enemies affected by Cryo-based effects, should be effective when using Aloy as a Sub-DPS with a main pyro DPS.

Before trying to farm artifacts, it's important to know what statistics you want. Leveling up an artifact with less favorable stats is a waste of precious materials and Mora. For Aloy, it's a matter of increasing his Attacks before looking for Rate and Critical Damage to complement his artifact options.

And the Aloy Constellations?

Although the Aloy Constellations exist, they all share the same name, Otherworldly Star. They cannot be increased, and possibly never will. As the character will not have a banner, it is impossible to get the duplicates normally needed to unlock his Constellations. It's possible that this will change or miHoYo will include some kind of event where you get unlocking materials, similar to the refinement items in Tales of Dodoco, but we don't know yet.

Now, leave in the comments, what did you think of Aloy? Will you fit her into your team? Do you expect another partnership? Who would you like to see in Teyvat? Leave it in the comments and enjoy to read more about Genshin impact on our website.