FIFA 22 requirements: FIFA is perhaps the premier football video game series in the world, competing directly with KONAMI's eFootball game. What differentiates FIFA from the competition is that it is an official football simulator, while its opponent has a more arcade gameplay, in addition to having some important exclusives to get ahead, such as Champions League and Europa League rights, love of UEFA and recently won the rights to CONMENBOL competitions, such as Libertadores and Copa Sulamericana, as well as image rights for players such as Kylian M'bappé, currently on the cover of this current edition of FIFA 22.

And this current edition is promising to be one of the best in the franchise's history, due to its successful Ultimate Team, Career Mode and Volta Futebol modes. In this publication we will help you to understand more about the franchise and also to know if your computer runs FIFA 22 in the basic settings or if it gets better performance reaching the recommended settings. Fasten your seat belts, feel free and have a great read!

Want to improve your gameplay and don't know how to get started? How about a new controller or an accessory for it? And, if you're still unsure which one to choose, I'll help you with these three options below, choose the one that suits you best and outrun your opponents! 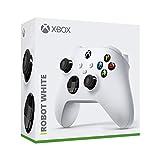 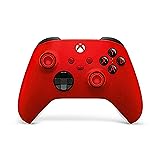 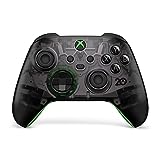 With the new gameplay features in FIFA 22, you get more consistency between goalposts with a recreation of goalkeepers and goalkeepers that gives more composure to the most important position on the field, plus new details of ball physics, explosive races that suit the best speeding up soccer players with more speed, plus new attacking tactics that let you control how your team plays. In Career Mode, live your football dreams as you create and manage the newest club to glory.

VOLTA FOOTBALL rewards your talent with redesigned gameplay on the courts and new ways to play and progress each season. Gather the crowd at Pro Clubs with improved team customization and updated progression that puts you in control of your Virtual Ace development, and get back some of football's most memorable players with new FUT Heroes in FIFA Ultimate Team – with a redefined competition structure that makes it possible for you to test your skills against others in a more accessible way.

Regardless of how you play, enjoy unrivaled authenticity everywhere with over 17.000 players, 700 teams and 30 leagues, including the UEFA Champions League, CONMEBOL Libertadores and the new UEFA Europa Conference League – available only in FIFA 22. This game includes the optional in-game purchase of virtual currency, which can be used to purchase virtual in-game items, including a random selection of virtual items.

Four new teams were added to the rest of the world teams: APOEL, Hajduk Split, Ferencváros and Wrexham. The Italian teams were also changed, compared to the previous game. Brescia, Chievo and SPAL did not have their licenses renewed. In the selections, the Ukrainian Football Team was added, but seventeen teams were removed from the game: South Africa, Bolivia, Bulgaria, Cameroon, Chile, Colombia, Ivory Coast, Egypt, Ecuador, Slovenia, India, Paraguay, Peru, Switzerland , Turkey, Uruguay and Venezuela. The Japanese Women's Soccer Team was also removed from this edition.

Who will narrate FIFA 22?

A narration in Portuguese continues with Gustavo Villani, accompanied by comments by Caio Ribeiro

What is Ultimate Team?

O FUT (FIFA Ultimate Team) is the most popular game mode in the series. FIFA, in which players can create teams with cards that represent the main stars of world football.

On your device of choice, go to the store of apps (Google Play or App Store) and search for the Companion App do FIFA 22

How to buy FIFA Points on the WebApp?

Get in Web App and log in with your account details. Click on the 'Get More' icon, next to the amount of FIFA Points that have. You will be redirected to the Origin store. Select the desired quantity and click on 'Buy'.

It is true that FIFA Points are a little but expensive, more not so expensive if you buy from one of our suppliers, such as Amazon. In these cases, the price can be up to 50% cheaper than buy directly to EA (Electronic Arts).

How does Career Mode work?

No career mode the user is a manager. In addition to controlling players during matches, it is necessary to manage the team – hire players, conduct specific training and even give interviews to the press. All these actions can trigger "responses" from your athletes, fans and board.

Tip for the game?

Use some attacking players to mark. One of the options that can help you defend is to give instructions to your attacking players, such as going back to mark, where a specific player on your team automatically moves out of position to help defend

FIFA, also known as FIFA Football or FIFA Soccer, is a series of football video games, released annually by Electronic Arts (EA) under the EA Sports seal. Although there wasn't much competition when EA launched the first titles in the Madden NFL and NHL series, football games like Sensible Soccer, Kick Off and Match Day were already in production since the late 1980s and were already competitive in the market when EA announced a football game in addition to the EA Sports brand.

When the series began in 1993, it was notable for being the first game to have an official license from FIFA, the governing body of world football. The latest titles in the series contain several nationally licensed leagues from around the world.

The main series has been complemented with single tournament-based games such as the FIFA World Cup, UEFA European Football Championship and the UEFA Champions League, as well as a series of sports management and street football titles.

Since FIFA 13, footballer Lionel Messi has been the face of the series, appearing on every cover of the game, in promotional and publicity actions. He replaced Wayne Rooney, who was the face from FIFA 06 to FIFA 12.

In 2011, the series FIFA it was localized in 18 languages ​​and available in 51 countries. More than 260 million copies have already been sold, making the series the most successful in the sports genre, and one of the best-selling video game series ever. FIFA 12 holds the record “fastest selling sports game” with over 3.2 million copies sold, generating a profit of $186 million in the first week.

FIFA 17 was launched in October 2016, which included for the second time in the women's football series, represented by 12 national teams. FIFA 18 was launched on September 29, 2017 and featured the Portuguese star on the cover, Cristiano Ronaldo, and it is currently the best-selling game in the series, with over 24 million copies sold.