How to download app on Smart TV? [LG, Samsung, Philco, Sony and TCL]

How to download application from Smart TV? We are living in an era where innovation goes hand in hand with the consumer, in different ways. Smartphones are indispensable for most people in the world, as are consoles, computers and others. Our dear TV has also evolved a lot over time. Nowadays, all kinds of streaming can be added to your TV. Smart televisions, present in most TVs, allow this!

Want to watch your favorite streamers on Twitch? Has as! Want to listen to your favorite songs on Spotify? It's on TV! Or just want to watch that last season of your show? Also has! And through all this evolution, we'll show you here how you download your favorite apps to your TV. In the example given, let's use a LG TV UHD 55″ 4K, so the interface may be a little different from your home television, but the way is for other TVs as well. Fasten your seatbelts and have a great read! 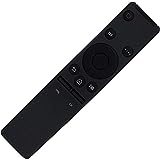 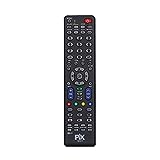 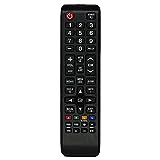 LG Smart TVs are always praised, mainly because of its webOS operating system, which has an unparalleled fluidity compared to other OS. And, whatever you want, you'll find it through the LG Store. Check out!

With your remote in hand, click on the “Home” button, but on most controls, this button is symbolized by a little house. Click on it to proceed to the next step!

After opening the list at the bottom of the TV with all your Apps already installed at the factory, go to “LG Content Store” which is also represented by a shopping bag. Click on the icon.

After clicking on LG Content Store, you will be taken to “Play Store” of Smart TVs. There you can choose the application you want so much. Upon entering, you will notice that there are several tabs such as “Featured”, “All apps” and “My apps”. In addition to others such as “popular”, “premium”, “recent” etc.

If you don't find your application in these lists, you can go to the search bar, which again has its characterization, in this case it's a magnifying glass.

Click and enter the application name. If not, then your TV doesn't have it yet or isn't updated to the latest version. But in most cases it's because the app doesn't exist for TV. If you find it, click on download!

Ready! Just wait for your app to download and have fun with it. It will soon appear in the application list when you press the “Home” button on your controller.

On Smart TVs with Tizen operating system, like most Samsung TVs, it's also easy. Look!

These three brands usually have Android TV on their smarts and, being better known, it is as simple as the previous ones. Look!

What to do when I cannot access Wifi on my Smart TV?

Some of the things you can do: Change the smart TV's DNS, check network security, check the password, and finally make sure the router isn't the problem.

How to factory reset LG TV?

How to factory reset my Samsung TV?

1. Access the Smart TV Menu.
2. Scroll through the Menu and select Assistance.
3. Select Self Diagnosis.
4. Select Reset.
5. Enter the security PIN. Remember that the default PIN consists of the code 0000.
6. Select Yes for factory reset to take place.
7. The television automatically turns off and back on, displaying the Setup screen.

How to clear Samsung TV memory?

This TV model started to arrive in Brazil in 2011, and with the decrease in the use of physical media and the rise of streaming services, it has been rapidly becoming popular.

Some of these devices require a broadband Internet connection offering interactive content such as games, applications, video on demand, etc. directly on the television.

All devices have a home page that allows access to different functions, as well as a link to their exclusive app store. So far, all available apps for Smart TVs are free, but manufacturers are waiting for the use of this feature to become popular to make available other paid types that are already successful among smartphones.

The operating system is a successor to webOS, which was initially developed by Palm, and later by Hewlett-Packard after acquiring Palm.

In 2013 the system code and brand were purchased by LG Electronics. The webOS was completely remodeled from the base of the operating system, giving rise to the LG webOS, developed for Smart TVs.

Android TV is an Android-based operating system developed by Google for connected TVs, digital media players, set-top box and soundbar. It has a user interface that offers media applications and services, mainly music and video streaming, voice search and intelligent virtual assistant, content mirroring with Google Cast, among other features.

The platform was first unveiled on June 25, 2014 on Google I/O and was first made available on Nexus Player in November. The platform has been adopted in smart TVs by several TV manufacturers such as Sony and Sharp. Some companies have adopted the operating system in set-top boxes by a number of IPTV television providers.