If you're wondering how best to play Reyna in Valorant, we've got everything you need to know about the vampiric-inspired Duelist's utility and abilities, showing you exactly how you can take advantage of your enemies. Reyna's abilities are capable of unbalancing rounds with aggressive multi-kill plays like no other agent in the Valorant franchise. She can stop enemy attacks in the blink of an eye, or even flank her opponents to lead the team to victory.

Reyna is a high-risk, high-reward agent who rewards aggression. She masters one-on-one combat and is limited only by her skill. Sitting and waiting for your teammates won't be enough with Reyna. She feeds on death. When you get the ball rolling, the kills keep coming. She's like a locomotive, full steam ahead. But there are two sides of the coin to Reyna. Without self-confidence and precision, it can easily drag you – and your team – down.

How well you do with the Mexican Duelist largely depends on how good you are at blending your skills into fluid sequences. There's more nuance to her abilities than meets the eye, so here's a detailed breakdown of how best to play Reyna in Valorant.

Reyna was raised in the heart of Mexico. First of all, Reyna Valorant is a great duelist, which means her skill set has a way to go up and kill/come out alive better than other champions. She specializes in single combat.

In appearance, Reyna has part of her hair dyed purple. In clothes, she has only one arm covered while the other is exposed, with tattoos on display. The greatest strength of her appearance is in the menacing gaze she casts at her enemies. Reyna is one of the strongest characters in the game, being a favorite of both casual and professional players. She has one of the best flashes in the game, and her gameplay is extremely aggressive. Knowing that, let's go to the guide:

Check here in this guide everything about the character and how to play with her. The Mexican agent was one of the first to be released, and many are still lost when playing with Reyna Valorant.

Reyna throws an eye up which after a while bursts blinding all enemies who are looking for him. Do not blind allies.

Queen consumes an orb to regenerate your life. In addition, the ability brings overheal, which means it can give you 50 more life, as a "replacement" for the vest. If you already have the vest, the overheat does not work. Survival, however, is temporary, disappearing after a while. The downside to this skill is that the trail left between the orb and Reyna will show your enemies your exact position.

Dispensing uses the same orb mechanics as Devorar. When looking at an orb after eliminating an enemy and using Dismiss, your character is invulnerable.

Empress makes Valorant afraid of Reyna and she goes into a state of fury, increasing the firing speed of weapons, equipment and ammunition. It also leaves the orbs of souls infinite, being able to use Devour and Dismiss as many times as you want in the skills recharge period and resetting the last when you kill someone. In addition, Imperatriz also grants a Buff to Devour and Dismiss; The buffs are as follows:

How, then, to get the best out of Reyna in her gameplay? The answer is performance. It is necessary to face the slap and go up, being aggressive and doing many slaughterings, because it is from them that she develops her full potential.

How to play with Reyna?

Are you in doubt which doll to choose for your moves? Go from Reyna, there's no mistake! But beware: Reyna's good gameplay is based on her performance in the match, so her power will depend on the amount of kills she makes. However, Reyna may not be the best choice if you are new to the game, so be aware of this, it can be a little difficult to adapt to the agent's gameplay, and also the need for kills to develop her skills.

Among his passives and abilities are the possibility of blinding enemies, recovering HP, invincibility and even buffs of speed (ultimate). Reyna has a style of play aimed at herself at the expense of the team, being strong in 1v1 combat.

Before we start talking in more detail about Reyna’s abilities, it’s important that you know that when the agent kills an enemy she can absorb “Soul Orbs”, which serve to fuel her skills. That is, some of your skills cost orbs, being highly dependent on combat and kills to become stronger.

You also need to be quick, as the orbs that spawn only last for three seconds, and that's the time you'll have to decide whether to absorb the orb or not. And attention! Orbs will only spawn when Reyna kills an enemy, assists don't count, and kills caused by other allies don't generate orbs either, so the player with Reyna needs to get their hands dirty.

Reyna is voiced in Brazilian Portuguese by Patt Souza, who also voices Mel in The Last of Us 2 and voices characters like Levy from Fairy Tail and Mina from My Hero Academia. Reyna is a pretty intense character, and that only adds to her Mexican roots. The character has striking phrases such as "I'm going to rip their hearts out", "let's show them who we are", "master everything", "it's not arrogance, I'm superior", "you're nothing", "I've already stepped into so many corpses, whatever more”, among many others, choose Reyna for your gameplay and make your opponents afraid!

See all of Reyna's phrases in the video below:

In addition to Reyna, Valorant has 14 other playable agents, with characters for all tastes and preferences. Each character represents a country, as does Reyna, who represents Mexico. There's even a character representing Brazil! That's right, rays, another duelist from the game is from the Brazilian lands, she is even a good choice for beginners. Want more options for duelists to play? Has the jett, representative of South Korea, Phoenix, from the United Kingdom and Yoru, from Japan.

The other classes of characters are: Initiator, a category that contains characters focused on setting the stage for action, whether passing information to your teammates or disrupting enemy defenses. The initiator class belongs to the characters Breach, from Sweden, Sleep, from Russia and Skye, from Australia. Sentry is the most defensive class. As the name suggests, they usually have abilities that prioritize the lookout, or lay traps for enemies. They are sentries to Chinese Legend, the Moroccan Cypher and the german killjoy.

Finally, the controllers, the support class. Their skills are usually focused on gaining advantages for their team's attack, such as smoke. They are usually chosen by players who prefer to work with strategies. Agents belong to the controllers class Omen, the only non-national character in the game, Americans Brimstone and Viper and the Ghanaian Astra.

But remember: at the beginning of the game, only five agents will be available to play, the others will need to be unlocked! See here the best Valorant character unlock order. 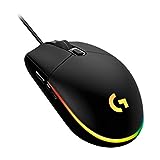 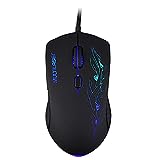 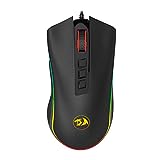 And you, do you like to play Reyna? Do you think she is the best duelist in the game? Leave it in the comments! Enjoy and read more about Valuing on our website.