How to get a PrintScreen from your Games

Sometimes just hitting the key doesn't do it, so find out some alternative methods to take a prinscreen out of your game

Have you ever wanted to be able to record an image of that special moment in your game? Take a screenshot of that absurd damage you managed to inflict on the enemy? That beautiful landscape is seeing in that cutscene and eternalizing everything as a photo? It's not as difficult as it might seem, and some games come with a photography mode that even let you pause the game, put the character in fun poses and take a screenshot using a free camera.

How to get a PrintScreen from your Games

Steam has a unique shortcut to take a screenshot of your game and this feature is built into the graphics drivers. Geforce and AMD also. If you're playing a game with the most up-to-date driver from Nvidia, you can even take advantage of the “NVIDIA Ring” to pause the game and take a screenshot of your character however you want. See how to use these different methods.

If you're playing via Steam, you can use this feature to print your screen, with the shortcut built into the Steam overlay and take a picture of what you're currently viewing on your screen. Press the "F12" key on your keyboard to take a screenshot. You will hear a shutter sound and a “Screenshot saved” notification will appear in the lower right corner of the screen.

You can change the F12 key to another shortcut key if you wish. In the Steam interface, click on Steam > Settings > In Game and change the option “Screenshot hotkeys”.

To view screenshots taken in-game, you can open the “Steam Overlay” by pressing Shift + Tab (or your custom keyboard shortcut, if you changed this in Steam) and click the “View Screenshots” button in overlay.

The screenshot library allows you to upload your screenshots to Steam, share them publicly, or just to friends or privately and optionally share them on Facebook. There is also a “Show on Disk” button and here it will show the screenshots as image files on your PC, so you can do whatever you want with them.

Many games, particularly non-Steam games, have their own screenshots or shortcuts built in for this. Some have “Photo Mode”, which can be accessed via the game's settings. This screen capture key is usually just the “Print Screen” key, but it may be a different key in some games. Hit the key in question and the game will save a screenshot and see what happens.

In the games that are in the battle.net, from Blizzard, for example, the Print Screen key always saves a screenshot. You can then grab your screenshots from a folder on your hard drive (although this is different for each game from Blizzard itself). For example, in the case of Overwatch, the game stores its screenshots in Documents\Overwatch\ScreenShots\Overwatch.

Depending on the game you are taking a screenshot of, you may need to perform a web search or look at the keyboard shortcut configuration menu to find the screenshot key and save the location.

To see screenshots, you can press Alt + Z, it works even on the Windows desktop, to see the Geforce Experience overlay. Click on "Gallery" to view your screenshots along with any video you've saved. You can also find screenshots under Videos \ [Game name] along with all the videos you recorded with GeForce Experience.

In addition to the basic screenshots, GeForce Experience has an even more impressive feature called NVIDIA Ring, which can take screenshots of the game using a free-motion camera.

This only works on specific games where the developer has enabled support for the feature, so only a few games will support it. You can see the full list of Ansel-enabled games on the Nvidia website. AAA games like Dishonored 2, Hellblade: Senua's Sacrifice, Middle-earth: Shadow of War and The Witcher 3: Wild Hunt are included in this list.

To use NVIDIA Ansel in an enabled game, simply press Alt + F2. Gameplay will freeze and you will see an “Ansel” sidebar appear. You can use the keyboard movement keys and click and drag with the mouse to reposition the camera in the game scene so you can take the perfect screenshot.

You can change the options in the sidebar to give the screenshot a different filter effect (such as sepia tone) or adjust the field of view. At the bottom, you can select whether you want to take a normal screenshot, a super resolution screenshot (which is even prettier than a normal screenshot) or a 360° screenshot and these can be viewed in a variety of ways, including with a desktop web browser or with a virtual reality goggle as a Oculus Rift, HTC Vive or Google Cardboard. 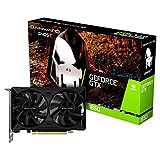 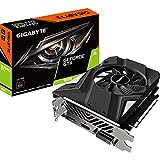 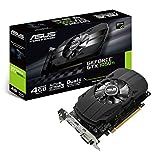 If you have an AMD graphics card, you can use the feature AMD ReLive to print your screen – but only if you have a GPU based on the AMD Graphics Core Next (GCN) architecture. There's nothing fancy here like the NVIDIA Ring. You can use this feature to take screenshots as well as capture videos, just as you would with Steam or NVIDIA GeForce Experience.

After enabling ReLive, you can press Ctrl + Shift + E or Alt + Z and click “Screenshot” to take a screenshot of a game. By default it will save the screenshots taken in the Videos folder.

With the Windows 10 games bar

The Game Bar of No products found. it also includes a screen capture feature, so you can also use it if one of the above doesn't work. To use it, you can press Windows + Alt + Print Screen or Windows + G to open the game bar and click the camera-shaped “Screenshot” button on the bar. These keyboard shortcuts can be changed in Settings > Games > Games bar if desired.

When taking a screenshot with the game bar, you will see an Xbox notification “Screenshot saved” in the lower right corner of the screen. Screenshots you took this way will appear under Videos \ Snapshots along with any videos you have captured using Game DVR's Game DVR feature. No products found..

These are the most common methods for making a Printscreen of your games. Of course, with them you'll make beautiful prints and still be able to use editing software to manipulate the images as you want. See here a list with free editing software. You can also read more about tech and others News. Enjoy and leave a comment saying which method you normally use!