Lost Castle is a beat'em up action RPG with randomly generated elements of roguelike and dungeons.

Harwood Castle used to be a castle ruled by nobles. However, unfortunately, the evils reached the land and ended the calm days. The peoples were tortured, enslaved and murdered by demons. But after a while, the demons wanted a little more and started to invade the surrounding areas. For those who entered the castle, honor and treasures awaited them, the brave continually came to Harwood to find the root of all evil.

The strong point of the game is the procedural generation (random generation in real time), as almost everything is procedurally generated, even your character, that is, in each round the character will have a different appearance and weapon. See a trailer about the game below:

The gameplay of the game is fluid, the commands are easy and simple, the element of roguelike brings a sense of challenge and danger since when you die you take nothing with you, only the souls collected during the attempt, these souls serve to improve some skills that will help you on your next attempt.

The game has several types of weapons, abilities and items that are randomly scattered throughout the adventure, one point that I feel was missing was the balance of the weapons, some are much more useful and stronger than others, but other than that the game it's done well.

Another important point is that the game is divided into rooms, these rooms may contain enemies or something else randomly chosen as a merchant who sells you items or a simple chest to help you on your adventure.

Nothing surprising here, everything within the normal, simple graphics without much detail, audios only play the role they should play, but do not stand out compared to the sounds of other games, which is not a problem since the focus of the game was not to have graphics nor surprising sounds. The game can be purchased through Steam by clicking here 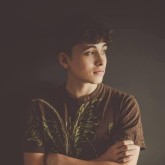 Call of Duty: Vanguard Beta Analysis; know if it's worth buying