Your Mobile is your gym. Train your little monsters and become the greatest Pokémon Master that ever walked the Earth

Despite its initial proposal, Pokémon Go is a game that has evolved a lot during its lifetime, so mastering Pokémon Go has become a little more difficult task. It started with just the possibility of capturing monsters, hatching eggs, getting stuff in Poke Stop and, mainly, a lot of controversy and news about people getting in accidents or entering other people's homes to catch the little monsters and causing trouble. Jokes with our public safety also did not lack.

But then came the gyms, came the fights against other trainers, came several new Pokemons and even even the championships. Pokémon Go has evolved a lot and has become a much more complex game, almost like its console and handheld counterparts. The basics of Pokémon Go are still simple and fun. You walk, catch Pokemons, collect as much as you can and visit Poke Stops to load your backpack with candy and balls to help your trainer along the way.

How to have stronger Pokemons?

Evolve the trainer first, not the Pokemons. Up to level 18 or 20, you must evolve your trainer and capture little monsters, then evolve them.

How to catch an easier Pokemon?

Play curved balls. Spin the Poké Ball before launching, so it will be released with a curved effect and the trainer gains more XP when capturing the little monster.

What are the advantages of Pokemon Shiny?

Shiny are just aesthetic effects, with a different color.

What are Lucky Pokémon?

The little monsters that have the highest luck tend to be stronger and spend less to get stronger.

But when it comes to mastering the game yourself, there are a lot more things you need to consider. Hiking, incubators, battles and more. Here are some tips to help you become a Pokémon Master without having to roam the world for over 20 years like Ash.

Hatch your eggs and use incubators wisely

The eggs you collect in Poke Stops or get from gifts will help you get some extra Pokémon, as well as gain XP and increase the amount of rare candys once you've placed them in an incubator and walked the necessary distance – 2km, 5km, 7km or 10km. Everyone starts with an infinite use incubator with the ∞ symbol lit, but sometimes you will be rewarded with 3 incubators, plus you can buy them in the shop. Use them wisely:

Earn your XP first and then evolve your Pokemons

Your trainer's skill is dictated by the XP levels you have. You gain levels of XP and as you progress, you need more XP each time you need to level up. But as you do this, the rewards get bigger and you evolve and hatch Pokemon to a higher level, and you can move up to higher levels.

Energizing your Pokémon when its XP level is low means it will cost more Rare Candy to do this. Therefore, it's best to save your Pokemon power-ups until you reach a higher XP level – like at level 20.

To help gain XP levels faster, try some of these things:

There are two areas in the game that record the Pokémon you catch:

There's no need to carry all kinds of Pokémon as a growing collection in your bag – that's what Pokedex is for.

It's best to keep only the Pokémon you need with you: this is your army to fight in Gym and Raids battles. You will need Pokemon versions with high combat power. So it's better to have a powerful Blissey than to carry a Blissey, a Caterpie, a Metapod, a Kakuna and so on, because these Pokémon – once registered and evolved – won't do much for you and they will have already been registered in the Pokédex. So, learn your Pokemon's skills and build an army of those who fight well, like Gengar, Blissey, Vaporeon.

To complete the pokedex, you will also need to carry with you those that still need to evolve and also those that need a special item to evolve, such as Onix, if you don't already have Steelix in your pokedex.

Also look out for special edition characters – like the seasonal Pikachu. These evolve into special Raichu, so it's worth having and keeping them, just to be able to put them in gyms to make others jealous.

Not going to use? Rare Candy

If, for example, you already have 20 Rattatas, you can probably trade some for sweets to energize those who will fight for you as Raticate. As we said above, you can only carry a finite number of Pokémon and you want them all to be powerful, so get rid of those weaker Pokémon.

Pokedex shows how the Pokémon evolve and it's worth checking out what a Pokémon can evolve in before you can use Candy on it to evolve it. For example, if you have a lot of Pidgy and some Pidgeotto, you probably don't want to spend Candy turning Pidgys into more Pidgeottos: you want to keep them until you can evolve a Pidgeotto into a Pidgeot, because it needs more candy to evolve. It's more useful to invest your candy in getting the evolved and strong form of a Pokémon and take it with you to the gyms than creating a large number of low/intermediate level Pokémon that will be less useful in battles.

Also check the evolution path. Many Pokémon have another evolved form that opens up as the game expands. For example, with the addition of the Sinnoh region, new versions became available. You'll need a Sinnoh Stone to evolve them, which means some Pokemon you thought were finished can now do something else, so it's worth going back to check it out. 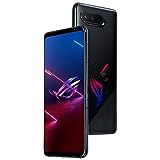 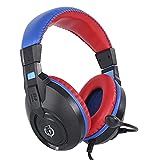 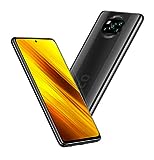 Use Your Lucky Eggs Wisely

Sometimes you will collect a Lucky Egg. This will double your XP gained for 30 minutes. Don't use it randomly, however, try to use it to maximize XP Level gain to help raise your trainer's level. This could be, for example, when you arrive at a new, busy place and know you are going to capture or hatch Pokemon, or where there are plenty of gyms for you to battle – and win. So, save those Lucky Eggs for those epic Pokémon Go sessions downtown to get the most XP when using them.

Sure, AR mode is fun because it adds a touch of real life, but it uses more battery and makes the game heavier – it doesn't work on some low power phones either. Turn it off and play in the game world and you'll find it easier to catch Pokémon because the environment is always the same. This will save battery power too.

When you visit a Poke Stop and spin the signal, you don't have to touch all the things that have been released. Just click the “X” at the bottom to close Stop and you will automatically claim your rewards. Keep in mind that if you're near a PokeStop having lunch or coffee, you can visit this Stop repeatedly – ​​it only takes a few minutes to become available again.

Gyms are where the true glory lies, as they are the path to victories. Gyms are really the goal of Pokémon Go. You fight, win, and take over a gym for your team. You'll want to leave a powerful Pokémon behind to defend that Gym, because the longer they stay in place and defend you, the more coins you'll earn. The more coins you earn, the more things you can buy.

You will take over a Gym with your team and other members of your team who are “in reserve” can be used to defend them for you. Some Pokémon, like Blissey, are hard to take down, so if you want to keep them for a long time, Blissey is a strong candidate for that.

But keep in mind that in high-speed gyms (such as in city centers, parks or high-traffic places) your Pokémon will soon be KO'd, so it doesn't make sense to use your most powerful one. Also keep in mind that keeping a Pokémon that will stay in your gym but won't defend it won't earn you many coins – so that remote gym, which no one challenges, won't generate as many coins as you think either.

Only fight in Raid Battles you can win

This may sound like a cowardly tip, but it doesn't make sense to throw your Squirtle 86CP against a Kyogre 50000CP. If you don't have a powerful enough Pokémon or a team of friends to fight, you'll lose and you'll just have to revive your Pokémon and treat it with Potions. Therefore, assess the Pokémon's power in Raid Battle before starting. When fighting gyms, you can wear out your opponents gradually, so you can face opponents that are more powerful – you'll still lose, but you'll be able to make some progress.

These were our tips for Pokémon Go. Of course, they may not be useful in all situations and it is necessary to adapt them to your reality and your situation at that time. However, keep them as a "basic instruction manual" because they will help you in most cases and give you extra strength for you to evolve your level and your Pokemons. Say in the comments if they helped you win some battles. Also enjoy and read more about Pokémon on our website.

Share
Top 10 Music Games for Mobile, Console and PC previous post
CoD Warzone: Ghostface and Donnie Darko will come to the game this month Next post