Officially announced via a trailer, the game Dark Moon finally it will be released in June this year. In summary with a somewhat old game proposal, Jujubee SA brings Dark Moon with a spatial theme of the strategy genre.

In principle, a trailer was responsible for announcing this release date for Dark Moon. In this Dark Moon launch trailer we can get a clearer idea of ​​how the game works. In addition to its novelties for the strategy and survival genre.

Remembering the game Blizzard, Starcraft, Dark Moon has almost the same footprint. So if you are passionate about games of this genre, the game can be a great choice. Even more if we remember that the game is well polished and with beautiful graphics too.

Although it reminds a lot of games like Starcraft, the game has an extra detail because it is about survival. Therefore, we must not fight against extraterrestrial enemies or even greedy humans.

But against the problems of being on the Moon and all the lack of resources on Earth's main satellite. That is, in short you and your crew are there for a reason and objective, but you must beware of the imminent dangers.

With Dark Moon launching a little closer, some information about the story is also on the air. For example, the real reason that everything is happening on Dark Moon is because in the story you didn't want to be there.

However, it is not known and we will discover the reasons for reaching the Moon against our will. With that goal in mind you and your squad must survive as long as you can. In addition to being able to escape from the Moon and return home. 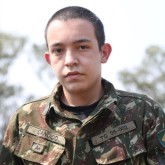 In love with MMORPG's and Animes. His two favorite games today are Black Desert Online SA and Dragon Nest Brasil. For anime this title is with Sword Art Online.