How to start playing Spells of Genesis

Card game with arcade gameplay, to start playing Spells of Genesis you just need a mobile phone or browser and you can earn some cryptocurrencies. But is the game worth it?

There are several styles of games to win cryptocurrencies and, among them, Spells of Genesis (SoG) is a game that draws attention for its mechanics that combine blockchain-based puzzles with a touch of fantasy RPG, and because it features elements found in game cards, it can also be described as a collectible card game (CCG). Spells of Genesis can be played on an iOS or Android device, as well as via a PC browser.

It is the first blockchain-based mobile game ever made. SoG combines the functionality of the Trading Card Game (TCG) with the point-and-shoot aspects of arcade games. Players must collect and combine cards to create the strongest deck in order to fight their enemies. Collect, trade and match orbs to build the strongest team and challenge multiple opponents as you explore the Askian fantasy realm. Use the blockchain collectibles you have in your wallet or buy game cards and blockchain them later.

Are all cards in SoG tokens?

No, there are two basic types of cards in SoG: blockchain cards and 'in-game cards'
Playing cards are stored in the in-game database and can be purchased in-game for in-game coins – gold or gemstones. Game cards cannot be exchanged.
Under certain conditions, game cards can be “blockchainized”. Blockchain cards are stored outside the game database, in the blockchain. They can be played in-game or traded outside of the game.

Where to buy blockchain cards?

What is “blockchainization” and how does it work?

“Blockchainization” is the process of taking a card from the game's database and moving it into your own blockchain wallet. In short, you convert a game card (outside the chain) into a blockchain asset.

By what currency are blockchain cards sold?

All SoG blockchain cards (Ethereum and Counterpart) can be acquired by ETH, BTC or BitCrystals (BCY or BCY ETH). Visit the Askian Merchant for more information.

Introduction to Spells of Genesis

Spells of Genesis is using many blockchain collectible resources, but it also has real and exciting gameplay! The principle is very simple and addictive, but as you progress you will need to implement a cunning strategy to defeat all your enemies.

Most blockchain games require you to have a Metamask wallet and some cryptocurrency to play. However, this is not the case with Spells of Genesis. Most of the game's functions are performed on a centralized server. Therefore, you don't need any cryptocurrency or special software to start playing.

How to play Spells of Genesis

Spells of Genesis gameplay consists of a series of levels that correspond to areas on a mountain map. At first, the upper areas of the map are obscured by clouds. As you complete levels, the cloud rises, revealing higher-level areas. Clicking on an area starts that area's level. At the bottom of the screen are your characters. Above them are enemies and obstacles.

A magical ray extends from the image of one of your characters. If you tap this beam from a mobile device or click and hold on a PC, it can be repositioned so that it points in a different direction. If you release this beam, a beam of magical energy will shoot from your character, hitting anything in its path. The behavior of the beam is similar to that of a billiard ball.

It can hit an enemy, bounce off a wall, attack the enemy again, destroy a box the enemy is hiding behind, or do anything else you would expect a projectile to do. After you finish shooting an enemy with your first character, your next character can make a move. However, enemies have counters on them that tell you how many turns you can take before they attack. If you don't finish off an enemy before its counter reaches zero, it will fire an energy beam at any character directly below it, dealing damage to that character.

Each enemy has a green health bar on top of their icon. As your characters deal damage to him, this health bar depletes. When it completely disappears, the enemy will be eliminated. If you kill all enemies before they kill all your characters, you win. If all your characters die before you can kill all enemies, you lose. As you complete levels, you unlock more of the map. This allows you to face even greater challenges, including levels with moving boxes and other more complex obstacles and, as you might expect, you'll earn more rewards.

This means that not all cards in the game are NFT. You can go after them if you are interested in trying to win some cryptocurrencies from the SoG system or just play the game normally without having to invest in it. It will be up to you.

As you complete game levels, you get random cards and coins.

Coin consists of three types: gold, crystals and gemstones. These coins can be used to buy random cards from the card shop. After acquiring extra cards, you can exchange the cards you currently have for those new cards you have picked up or bought.

Cards can also be upgraded instead of swapped. Updating a card increases the character's stats at the cost of crystals. Once a character has maxed out, it cannot be upgraded again. High level cards can be merged with an identical card of the same level. This creates a completely new and more powerful letter. For example, merging two 1/6 Carnia Potion Sellers creates a 1/7 Carnia Serpent Fisherman. After a card is created by fusion, it can continue to be upgraded until it reaches its maximum level again.

A card can be merged up to four times and then leveled to maximum again. This creates the highest level card type in the game, a card with four fuses and upgraded maximum. These types of cards can be “blockchainized” or turned into decentralized blockchain assets.

If you get a card you don't want, you can turn it into crystals. This is called letter crystallization. As mentioned above, you can also convert your quad-merged and maxed-up game cards into blockchain cards as well. This can be done up to three times a month at the following cost:

Spells of Genesis is primarily a centralized game that runs on the developer's server. If you simply want to have fun playing games, you can do so without using any new technology. But if you want to collect SoG blockchain cards, here's how the technology for these cards works.

Spells of Genesis uses a system called BitCrystal. BitCrystal is an intelligent contract protocol designed specifically for gaming. It allows games to create unique tokens for in-game assets. All purchase or sale transactions of these game assets are recorded in the BitCrystal system, keeping them out of the developer's control and allowing for decentralized ownership.

Theoretically, using Counterparty should make BitCrystal more secure than other gaming platforms, as the Bitcoin blockchain has the highest hashing power (mathematical algorithm that turns any data block into a series of fixed-length characters) of any blockchain network and is therefore the most secure against double spend attacks (when the same currency is used more than once in different transactions in a given cryptocurrency system).

However, it should also provide advantages found in other smart contract platforms such as Ethereum. Despite this security, Bitcrystal is not as popular as other gaming platforms that use Ethereum, such as EMONT, LOOM or Enjin Coin.

And its native currency, BCY, is less liquid than the currencies on these other platforms. This can create a problem for users as they will have to sell their SoG cards to BCY and use BCY to buy the cards. Collectors looking to buy SoG cards should keep these advantages and disadvantages in mind when making a decision.

Is it worth playing or investing?

But before you rush out to buy the entire set of SoG cards, it's important to point out that Spells of Genesis isn't really a blockchain game. Yes, you can buy blockchain cards and play with them in game and that's cool. But you don't really need these cards to play. It is possible to play the game with only the free cards and, unlike other blockchain games or even traditional games, you won't have to worry about buying that blockchain beat card to play.

So at this point, it's not clear why a collector would want blockchain SoG cards. And if, so far, it's not clear to us why anyone should buy these cards, it's probably not a good idea to collect them in the present, after all, there won't be anyone you can sell them to.

In the future, maybe the developer will come up with some kind of multiplayer version of the SoG. If that happened, we could imagine the cards being valuable just because of the emotion you might get from playing these rare cards against an opponent. But until we see any signs that this is going to happen, this is probably a game that is best played with just free cards.

Of course, you can also be a big fan of this game and buy a series of rare cards and hope that one day they will appreciate in value. You would be at the forefront of SoG and when the cards are worth millions then you would be in a very comfortable position to trade your rare cards. But, do you want to risk doing this?

We selected the best deals on Notebooks for you. enjoy 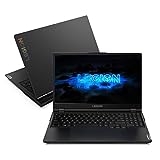 So yes. It's a really fun game that's worth playing, especially if you're away from your PC and only have access to a mobile device. But no, we could probably find better things to collect or invest. Now, leave it there in the comments, what did you think of the game? Do you want to invest? Contact us and take the opportunity to read more about cryptocurrencies on our website.